Nairo Quintana and Alejandro Valverde describe their thoughts on the last week of the 2013 Tour, hoping to give their very best to crown an impressive performance.

After a short ride of one hour and a half on roads close to Avignon, Movistar Team’s headquarters in the second rest day of the 2013 Tour de France, the two leaders from the telephone squad spoke to the media heading into the final six days of racing. Nairo Quintana and Alejandro Valverde reflected on their performances up to date and their goals in the decisive week of the French grandtour, with the Colombian wearing the white jersey as best U25 rider.

Nairo Quintana: “I’m tackling this last week with much calmness. The team is happy with my performance so far and they are putting no pressure on me; we just go day by day, looking at the reactions of my body. They understand I’m young and are concerned I can have a bad day and lose it all.

“The legs are feeling tired: it’s been already 15 days of high-intensity racing. My first goal is recovering well every day, keeping my place into the overall and stay in white. We’ll see if we can aspire to some stage win and try to make the podium, but the main goal is keeping up as long as possible – I’ll try to get some time back if I’m feeling well. Still I feel winning is certainly difficult: Froome is really strong, and even though his team is not as solid as everyone though, he really is.

“We’ve shown ourselves offensive all race and we’ll try to keep racing that way in the upcoming days. The team has worked for me, left me well placed at the foot of the climbs, in good condition – let’s hope we stay like that for the remainder of the Tour.

“Never, in any race in my life, I saw anyone climbing as Froome did. He looked quite easy, really strong on the bike. It was impossible for me to keep his wheel. I knew I would win the stage if I was able to stay with him, but also knew he was going to attack, because every turn he took at the front was a push to drop me.”

Alejandro Valverde: “I wasn’t as lucky as I had expected to be in this race, but we still have reasons to be happy. There’s Nairo, up-front in the race – he’s looking good and has a week full of mountains in front of him to shine; if you look at the profiles and the climbs, it’s the hardest in this year’s Tour. The goal for the remainder of the race is winning a stage, but we know Nairo has a podium place at reach. Claiming it would be really important for the team, and of course, I’d like to win a stage. Although I don’t care about which stage should I win, Alpe d’Huez might be an appropiate goal – the beginning of the stage is hard, those riders wanting to enter the break must be strong, and we might stand a chance.

“Yesterday we could see Nairo is super strong in the mountains: he launched his attack with 15k to go and almost managed to stay with Froome until the end, but we saw that he doesn’t only want to lead the race – he also wants to win almost every single mountain-top finish. Our toughest rival to date? Well, maybe. Wiggins was unbeatable last year, too. Froome is playing Wiggins’ role this season; he wins wherever he goes.

“As long as we haven’t got to Paris, or until Saturday at least, we can’t say the Tour is over. For the time being, Froome is showing to be the strongest rider on course, but this week ahead, even being the strongest, can make a bad day become a true fail and lose a lot of time. But truth said, it’s really hard to beat him at the moment.

“The Vuelta? For the moment, we have to stay focused on the Tour – there will be time to rest and go for it after that. It was on my calendar already before the Tour, and it’s still in. There’s still a week ahead and I’m feeling strong, so there shouldn’t be any troubles to ride. But I won’t be saving any energy in this Tour. We’re in a great position to get one of us into the podium, and we can’t miss it. Let’s finish this year’s Tour and we will see if we take part in this race in the next few years”. 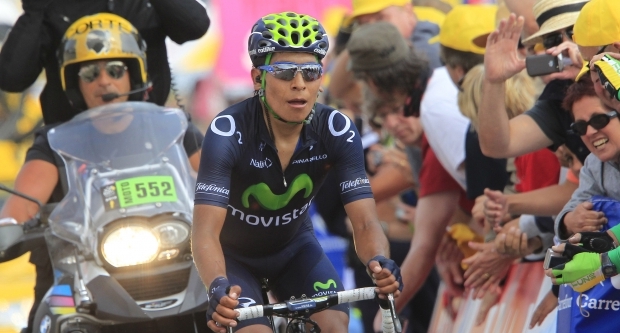 The Tour de Pologne in Trentino Between Cycling and Culture