Alejandro Valverde to lead Movistar Team in the Spanish grandtour from August 24th in Galicia, seeking to continue the Blues’ run of luck.

Movistar Team will head into the 68th edition of the Vuelta a España from August 24th with Alejandro Valverde as GC leader. The Spaniard will have a strong squad at his service, in an attempt to conquer the Spanish grandtour for the second time after his victory in 2009 and folliowing last year’s impressive performance, with two stage wins, the Points and Combination jerseys and the 2nd place of the final podium in Madrid.

Eros Capecchi, Imanol Erviti, Iván Gutiérrez, José Herrada, Jesús Herrada, Beñat Intxausti, Pablo Lastras, Javi Moreno, Sylwester Szmyd and Eloy Teruel will be fighting for the eight other places available, the lineup to be decided on next Monday after the Eneco Tour, which the telephone squad is taking part in for the upcoming seven days in Belgium and the Netherlands, looking to improve their victory tally of this season after it got up to 28 -just one less than in their already-successful 2012- with Nairo Quintana in Burgos yesterday. 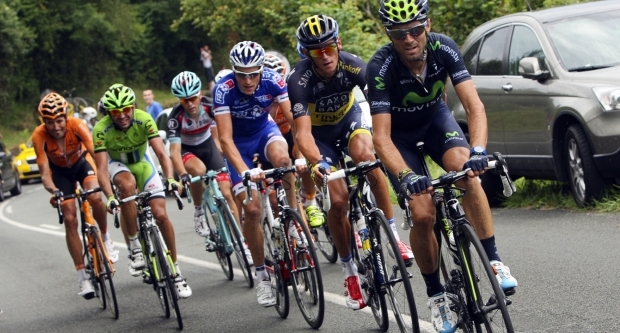