Comprised of 25 athletes, the Minneapolis based Orange and Black team will race an international schedule in both road and cyclo-cross disciplines. The athletes will be outfitted in Mt. Borah’s top-tier cycling apparel; all designed and manufactured in the company’s Wisconsin-based facility. 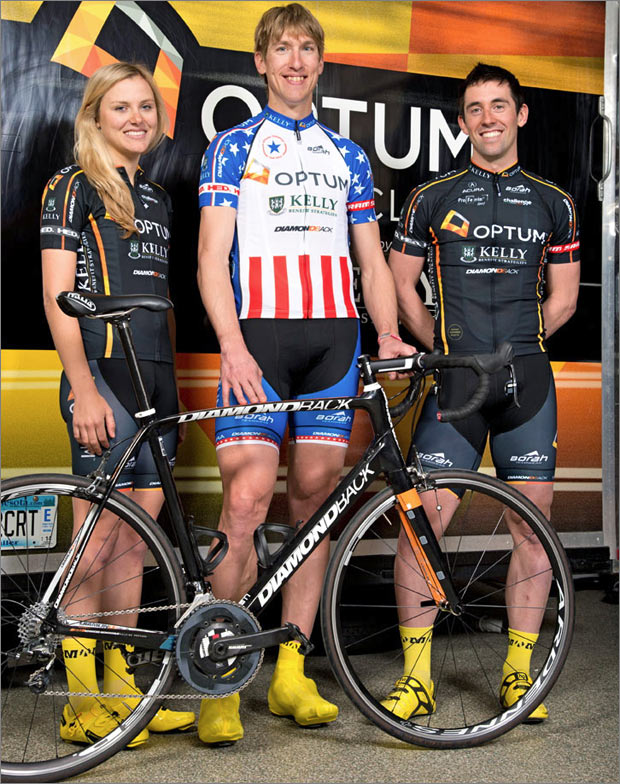 “We are absolutely thrilled to be back in the saddle with the Optum p/b KBS team,” said Chris Jackson, owner of Mt. Borah. “As a founding supplier for years one and two, back when the team was originally formed, it will be personally rewarding to be back in the fold, getting rider feedback, and working alongside this first class organization. It has been fun to see the team grow from one of America’s smallest pro continental teams nearly seven years ago, to arguably its best.”

“We couldn’t be more excited for our renewed partnership with Borah,” said Charles Aaron, Optum’s team owner. “Chris and I have a longstanding relationship and share a passion for the sport of cycling that made this a natural fit for both parties. It is a great representation of our continued support and development of North American cycling to have our riders using apparel made right here in Wisconsin.”

Optum p/b KBS men’s and women’s teams are widely regarded as America’s top domestic continental programs. In 2013, the teams combined for 76 victories and 196 podiums. There are eight current national champions on the 2014 roster, and two former Olympians on the women’s team. The men won the National Racing Calendar in 2013, and finished second in the UCI America Tour team standings.

In business since 1997, Mt. Borah has grown to become the premier manufacturer of high quality custom sublimated active apparel; including cycling, Nordic, alpine, triathlon, running and corporate. All of Mt. Borah’s custom products are 100 percent precision made at the company’s headquarters in Coon Valley, Wisconsin, where the latest technological advancements in apparel production are utilized.