Team MTN-Qhubeka Invited To The Darling Of The Belgian Classics, The Ronde van Vlaanderen.

It was officially announced late on Tuesday evening that Team MTN-Qhubeka p/b Samsung will race the Ronde van Vlaanderen. After participating in the Milano-Sanremo and Il Lombardia last season and then being invited to Liege-Bastogne-Liege this year, the ‘Ronde’ is now the 4th out of the 5 monuments in world cycling that Team MTN-Qhubeka p/b Samsung has been invited to.

The Tour of Flanders is arguably the most sought after victory of all the Belgian cobbled classics. It is a race steeped in tradition that also incorporates world famous cobbled climbs like Oude Kwaremont, Koppenberg and the Paterberg. There is even a museum dedicated to the history of the Ronde van Vlaanderen.

It is a victory in itself that Team MTN-Qhubeka p/b Samsung have been invited to such a prestigious race and the team will forever be in the history books as the first African Professional Pro-Continental Team to take part in the race.

Team Principal Douglas Ryder was grateful to recieve the invitation. “Tour of Flanders is the highlight of cycling in Flanders, it is an absolute honour for Team MTN-Qhubeka powered by Samsung to be on the start line in the heart of cycling. The race has everything from cobbles to climbs, wind and rain, only the strong survive this race to the end and we will be hoping that good fortune shines on us to be in the front at the end.”

The race takes place on the 6th of April and will be run over a distance of 259km and include 17 Hellingen climbs and 6 separate cobble sectors. Big name riders like Tom Boonen and Fabian Cancellara will again be favourites for the victory and Team MTN-Qhubeka p/b Samsung will relish the opportunity to be up against the best riders in the world.

Gerald Ciolek, our team captain already said earlier in the week that some of the goals he still has include a stage win in the Tour de France as well as victory at the Ronde van Vlaanderen. The inclusion of Team MTN-Qhubeka p/b Samsung at this year’s edition of the Ronde will give the German the chance to achieve one of those goals. 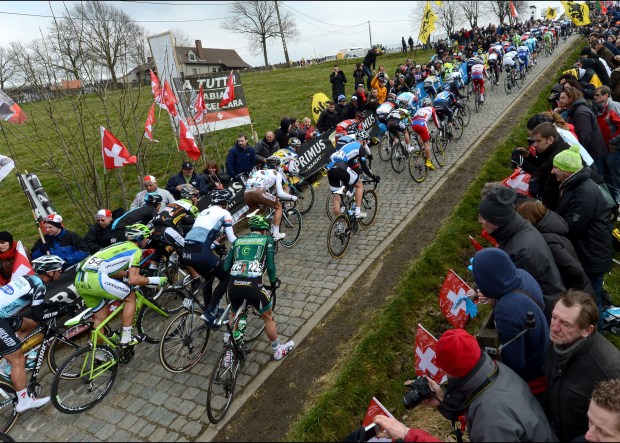