The UCI World Road Race Championships drew to a close with a thrilling Elite men’s road race on Sunday. Peter Sagan (Slovakia) was crowned the new world champion as he arrived at the finish 3 seconds before Michael Matthews (Australia) and Ramunas Navardauskas (Lithuania).

Initially our MTN-Qhubeka p/b Samsung team had 8 riders scheduled to take part in the championships but unfortunately due to visa problems Jaco Venter and Youcef Reguigui weren’t able to make it to Richmond in time for the road race. However, our 6 remaining riders still managed to leave their mark on the championships.

Merhawi Kudus took part in the u23 time trial last Monday and our small climber was able to finish 21st on a course that suited the bigger more powerful riders. It was then Steve Cummings who impressed in the Elite time trial as he clocked an early fast time which saw him hold 3rd position for a large portion of the race. It was only when the final wave of favourites came in that Steve eventually dropped to 14th, still a credible result in a field full of all the best time trial specialists.

Both the u23 and Elite road races would prove to be thrilling encounters with drama filled – action packed finales. Merhawi and Jayde Julius were both part of the u23 race with Merhawi in the mix right up to the finish where he would go on to finish in 11th position. If it were not for a Belgian rider crashing in front of our Eritrean on the penultimate climb, the overall result could have been somewhat different.

The Elite’s men race also saw a crash have an effect on the race as a mass pile up around 40km to go saw a number of riders lose contact with the front of the race. After Reinardt Janse van Rensburg went all in for Daryl Impey his job for the day was done while Steve Cummings, Tyler Farrar and Edvald Boasson Hagen were all still part of the reduced peloton heading into that final hour of racing.

Our boys then featured prominently in the finale with Tyler going for broke at 10km to go. Tyler was joined by a Belorussian rider as the 2 tried to steal the glory. It was a nail biting effort by Tyler but ended with the American getting caught with 4km to go. After Edvald was involved in an unsuccessful 14 rider counter attack on the penultimate lap, he again came to the fore on the final ascents of the circuit climbs. When Sagan attacked on the cobbled climb at 2km to go, Edvald was 1 of only 2 riders who could respond. While Sagan could hold off Eddy and the peloton’s chase, our Norwegian was swept up by the main group just before the line and ended the race in 20th position.

Tyler Farrar – Rider
As an American racing the World Championships in America, it was just an incredible experience. So in the race itself we obviously wanted to put on a good show and I think we accomplished that. I put in an attack near the end before Libby Hill, hoping to get over it still in front because then I would’ve been in with a real shot. Unfortunately I was caught but I gave it my best shot. The support though was crazy and the fans were so loud on the climbs you could hardly hear yourself think. Richmond put on a great event and I was proud to be a part of it. 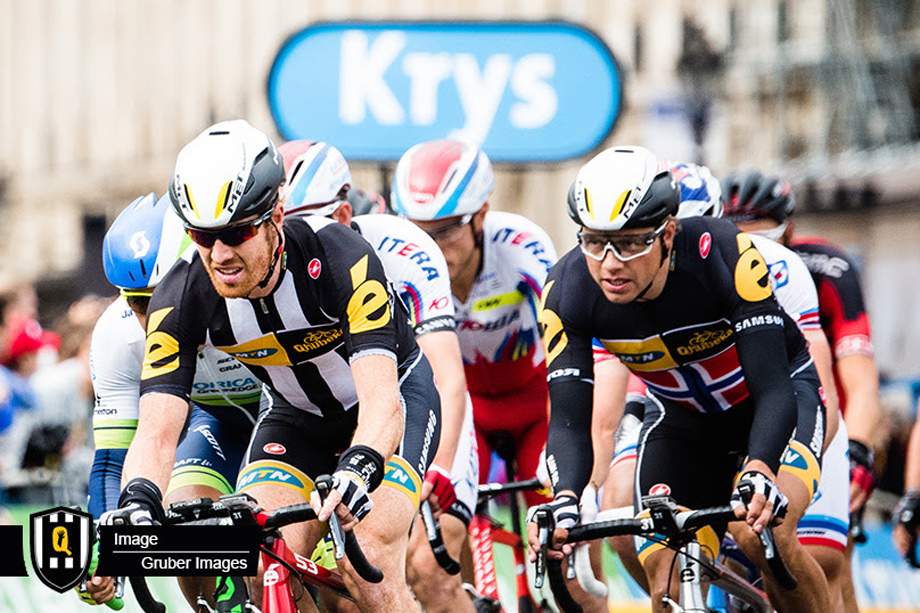 Burghardt Back For Tour de l’Eurométropole