Yesterday Team MTN-Qhubeka p/b Samsung was granted a historic first invitation to the Tour the France by the Aumary Sports Organisation (ASO). Looking forward to also receiving wildcards for Classics like the Tour of Flanders and Paris-Roubaix as well as the Vuelta a Espana, the team intends to further strengthen its line-up with the addition of former multiple Irish road champion Matthew Brammeier. After having ridden at the World Tour level with teams like Omega-Pharma Quickstep and HTC Highroad in previous years, he would add experience to the South African Pro-Continental team for the 2015 season. The team is currently awaiting the UCI’s confirmation to be able to finalize the signing.

Matt is a well-rounded rider who will prove to be an invaluable domestique for our team, particularly during our classics campaign. The Irishman’s attacking style of riding has resulted in podium finishes at races like the Tours of Qatar and Austria to go along with his 4 national road titles. Matt is also a well-liked and followed athlete in Ireland and so it is great that awareness of Qhubeka can now be brought to a new part of the world, further globalising the foundation.

Matt Brammeier is expected to make his debut in the stripes on the 1st of February at the Cadel Evans Great Ocean Road Race. He will not be the final signing for the 2015 season, as Team MTN-Qhubeka p/b Samsung is looking to also sign another African rider.

Matt Brammeier – Rider
“To be part of such a talented group of guys, past – present & more importantly, future champions cannot be more motivating to me. There were a few moments over the last few seasons when I thought to myself “wow, who is that MTN guy? He has some scary talent”. I really can’t wait to get into the racing season with the team and I hope to be part of many wins this season. I really think my capabilities and best attributes are perfectly suited to supporting the top, and up and coming talents on this team.”

“To top off being part of such a fantastic group of riders, management, staff and partners I will also have the added motivation to be racing for the amazing Qhubeka project. I have worked together with a similar charity over the last few years and find it hugely satisfying to help out such an inspirational cause as Qhubeka. It’s pretty special to know that we can help change people’s quality of life and broaden horizons by racing our bikes and promoting this cool project!”

Brian Smith – General Manager
“Matt Brammeier has been an asset to all the teams he has ridden for. Although without a contract he has continued to train throughout the off season like a professional and I respect his commitment. I did feel we needed an experienced worker within the team and he is a rider that can shine in that department. With the addition of Matt we are still looking to add another African rider to our roster.”

Jens Zemke – Sports Director
“In Matt Brammeier we welcome another rider to our MTN-Qhubeka p/b Samsung family. He is a loyal worker for the team and at nearly 30 years of age he is bringing lots of experience to the team, especially in the Classics, where he will support Edvald Boasson Hagen, Gerald Ciolek, Tyler Farrar, Matt Goss, Theo Bos and Co. As a former Irish champion he rode his best season in 2011, where I worked with him at HTC Highroad. I am sure he will reach this level again with us.” 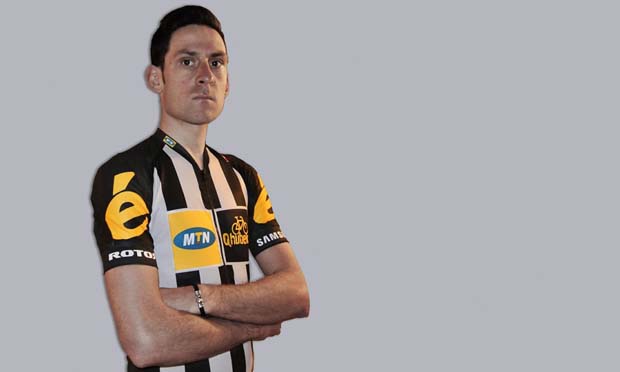