Drapac Professional Cycling heads across the ditch for the New Zealand Cycle Classic with a versatile team ready for the notoriously tough conditions. Raced over five stages, the UCI 2.2 event gets underway on January 29 in Palmerston North.

“Mal Rudolph is someone we believe is coming back into career-best form, he was there until the death at nationals and he’s been doing a hell of a lot of work with his coach Gordon McCauley on his explosiveness so with those three guys we’ve got all the stages covered,” he explained.

While Phelan will be eager to get his race started with a strong showing in the opening stage 6.1km time trial, Crawford has to wait a little longer with a final stage hilltop finish set to close out the event on February 2.

“It’s better to have two different GC-type of riders than to have them both the same,” Crawford explained. “It gives us options for the breakaways. You don’t have to be a rocket scientist to work out that I’ll probably wait for the hilltop finish so it’s going to give us options and that’s always an advantage.”

The New Zealand Cycle Classic marks Phelan’s second event at the Elite level having stepped up from Under-23’s and the WorldTour Academy squad based in Europe. The Canberra rider admitted that there was some pressure attached to his ambitious start to the season but it’s a challenge he is excited by.

“A 6.1km prologue which means I get to test myself in a TT which will be the first time this year so it’s good to see where I’m at with that and try and set up a good position for GC as well,” he explained. “It could also mean that you become a target early on if you do well.”

Also part of the five-man line up will be Floris Goesinnen in his first race of the season for Drapac along with Ben Johnson who impressed in his first nationals since 2008 last week in Ballarat having come out of retirement.

Vogels suggested that Goesinnen and Johnson could also be dangerous.

“Johnson is going to get better and better after a few years out of the sport and I won’t be too surprised to see him go really well on the climb. He’s also very good in cross-winds and he’s got a lot of experience,” he said

“In Floris Goesinnen we’ve got the cross-wind king so it’s a pretty well rounded out squad.”

Full interviews with Jai Crawford and Adam Phelan can be found on the Drapac Soundcloud account. 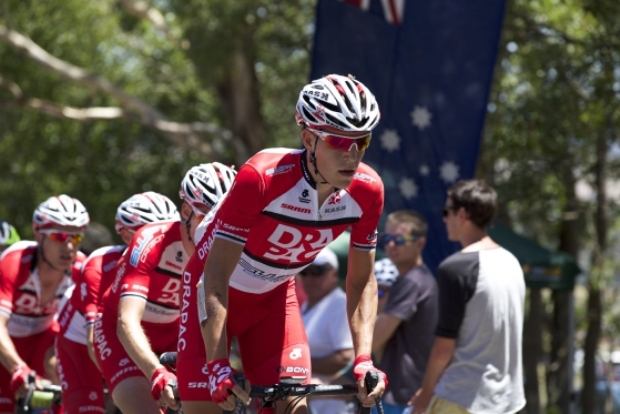 Team Colombia heads back to the Giro d’Italia!