Colombian rider from Movistar Team only cyclist into nominations revealed on Wednesday, opts to 2013 Breakthough of the Year recognition to be decided on March 26.

The series of recognitions to Nairo Quintana’s splendid 2013 season, his second as part of the Movistar Team, has found its cenit on Wednesday with his nomination to the Laureus World Awards, the most prestigious prize in sport. Nairo is one of the candidates to the ‘Breakthough of the Year’ award, which values “the greatest potential for an outstanding career or to an established sportsman or sportswoman who produces a significant step-up in class to a considerably higher level of sporting achievement.”

The Colombian, who finished second in the last Tour de France and won the KOM and Young Riders’ jerseys, as well as the overall classifications in both the Vuelta al País Vasco and the Vuelta a Burgos in 2013, will fight for this renowned prize on March 26 Catalan MotoGP rider Marc Márquez, the Afghan national cricket team, the German pole-vault specialist Raphael Holzdeppe and golfers Justin Rose and Adam Scott. Quintana’s is the only cycling name within those selected for the Laureus awards, which are celebrating 15 years in 2014. 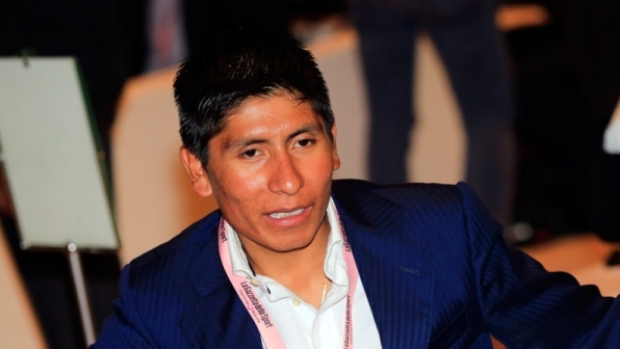