Powless, who was racing mountain bikes internationally until last year, wrapped up the three days of competition 20 seconds back of Janier Acevedo (Team Jamis), who held onto the lead after winning Friday’s uphill time trial. Brandon McNulty (LUX-Stradling) was runner-up, six seconds back of Acevedo.

“I was pretty nervous on the start line today,” Powless said. “But it was nice to get a call up to make sure I was on the front right away. Then, a breakaway went within the first two laps with nobody high on the GC (general classification). That was a best-case scenario and I was happy to let Team Jamis do all the controlling.”

Axeon Hagens Berman Assistant Director Jeff Louder said the 19-year-old from Roseville, California, rode impressively after finishing 24 seconds behind Acevedo in Friday’s 4.25-mile uphill time trial in the San Gabriel Mountains. Powless came into the weekend with wins to his credit in individual races in California at the UC Merced Road Race and Copper Town Square Circuit Race. He was also runner-up at the Snelling Road Race.

“Neilson obviously raced really well and did a great job to do such a good time trial – and even better to keep moving forward in the GC and end up on the podium,” Louder said. “It shows some good maturity at his age.”

“Everyone on the team was riding completely unselfishly,” Powless said. “They made sure I had some room on their wheel and tried to keep me up front, especially today. The last three laps, they had me in a really good position right behind the Cylance-Incycle lead-out train. I was probably one of the last riders in that front cluster for the sprint, making sure I didn’t get gapped.”

Overall, Axeon Hagens Berman compiled four top 10 finishes and Powless was runner-up in the best young rider competition in the team’s first race of the season in the United States. 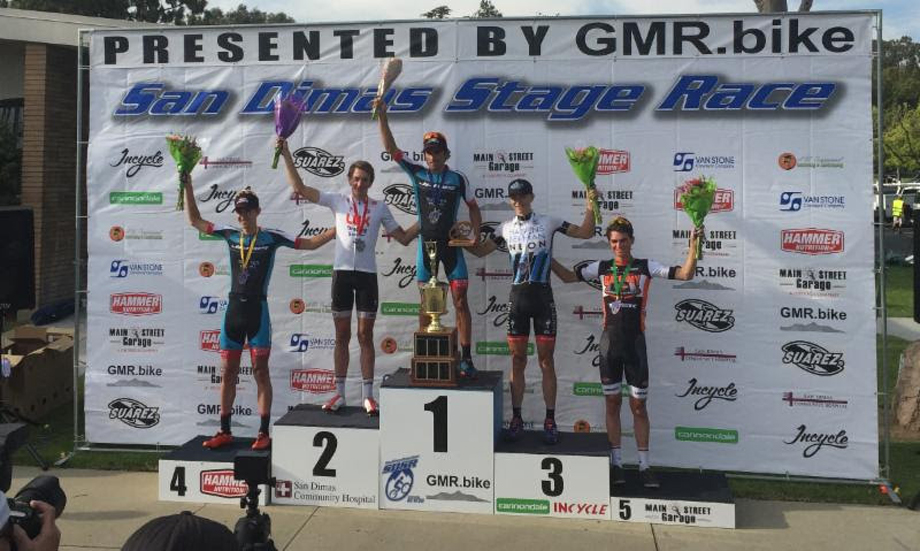