Twenty-two year old neo-pro Justin Oien celebrated his first professional victory today on the fourth and final stage of the Rhône-Alpes-Isère-Tour (2.2) in France.

The California native formed part of the days early breakaway of six riders, which went away in the early stages of the 180km course. The group held a steady gap of four minutes for most of the day in very wet conditions. In the final 20km the group splintered as the main peloton lead by team Wanty-Gobert, began to reel them in. As the bunch closed in during the final kilometre, Oien hit out from the remainder of the group to win in a sprint victory.

Oien, who celebrated his 22nd birthday yesterday, dedicated this victory to his friend and former teammate Chad Young of the Axeon development team, who died in tragic circumstances one week ago.

Justin Oien: “It’s a great feeling to be able to have a success like this for me as well as the team. I’m glad I was able to pull something like this off, just after my birthday too so its a nice way to celebrate. The weather wasn’t amazing,it rained all day and was quite cold. I was feeling good, mentally and physically so I think it worked to my advantage. In these conditions a lot of guys give up easier, but if you have the right attitude you can do well and that paid off for me today. My strategy was to save energy all day, initially I was doing a bit too much work but then Eugenio came up in the team car and told me to use my head and be more “tranquilo”. I definitely used his advice to my advantage and was a bit fresher for the sprint. It’s been a rough couple of weeks with the passing of my former friend and teammate Chad and I am very greatful to have a day like this and for every day I get to race my bike, so this win was for him”

Eugenio Goikoetxea (Director Sportif): “The start of this race went badly for us, we were not performing how a team of our standard should be performing. As the days went by we were able topick up the pieces and put together a couple of good performances, especially with today’s terrific win by Justin Oien. Justin is a strong rider who put in a great performance, always ways giving a hand to his teammates throughout the race and when he got his chance he made the most of it.” 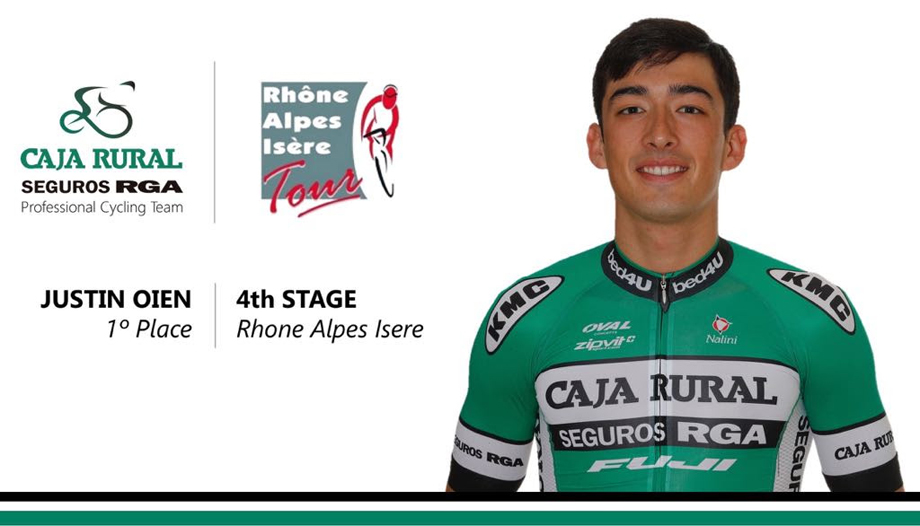