The highest ranked German cycling team scores triple success with the first WorldTour invitations of the season. Team NetApp – Endura tour riders will line up at the start again in mid-March at Tirreno – Adriatico, the Race of the Two Seas. For the first time the Italian organizer RCS has invited the team to the Milan – San Remo Monument. In the fall, Il Lombardia will end the season as is traditional.

“This is a tailor-made start. Our thanks go to RCS who have considered our preferred schedule and considered us for all the races which we applied for. It speaks volumes of our team that we are once again able to line up at the start of the best races in Italy and our ambitious wishes have been met,” Ralph Denk, Team Manager of Team NetApp – Endura sums up.

“Tirreno – Adriatico is an extremely important milestone for us in March, in order to prepare our tour riders for our big goal for the season, the participation in the Tour de France. Being certain of starting there gives the guys in the training camp extra motivation”, continues Denk.

“This year we have specifically aimed to have Milan – San Remo as a spring monument outside Belgium and the Netherlands on the calendar for our classic specialists. Even though it is a unique challenge, as it is the longest race in professional cycling, I am confident that Milan – San Remo suits our team very well”, says Ralph Denk.

“Il Lombardia is always something special. Usually a long, hard season has already taken its toll on the legs and the weather makes it a typical fall classic. Last year we were doing well before Bartosz Huzarski was unfortunately set back by a defect in the final. So we have a score to settle,” Denk says looking ahead to October.

The 49th edition of Tirreno – Adriatico will take place from March 12– 18. The tour kicks off with a team time trial. Three sprint and two mountain stages take the riders to the Adriatic coast, where a short individual time trial decides the tour.

On March 23 the cycling monument, Milan – San Remo takes place for the 105th time. At almost 300 kilometers, the Primavera is the longest cycling race on the professional calendar and the most famous Italian classic.

On October 5, Il Lombardia, formerly known as the Tour of Lombardy, forms the end of the season for Team NetApp – Endura. The 242 kilometer long race is also one of the five monuments in cycle racing. 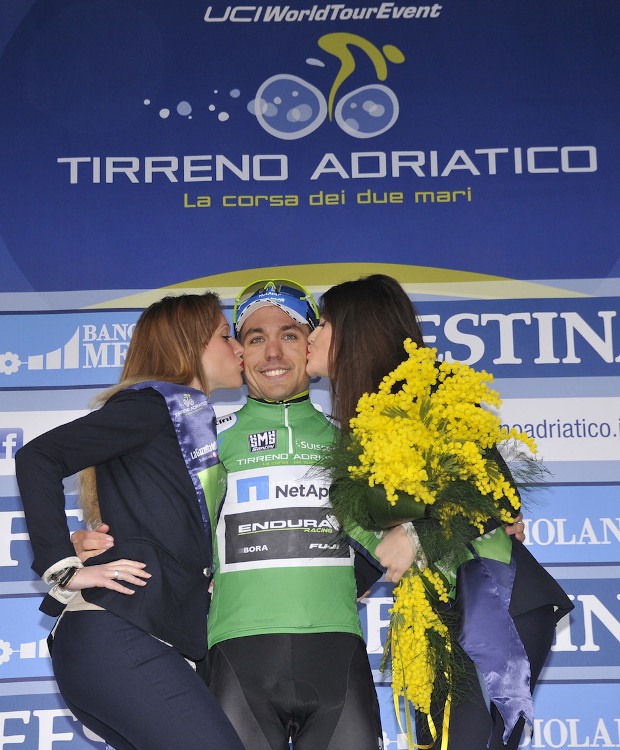