NetApp – Endura shows an outstanding interim result at the Vuelta

Team NetApp – Endura have achieved very satisfying results in the first two weeks of the Spanish tour: a stage win, a third-place finish in a stage and eighth place overall thus far. The top-ranked German team has scored four other top 10 finishes in addition to that. As a result, all expectations have already been far exceeded in terms of the team’s participation in its second Grand Tour.

“We wanted a stage win and we got it already during the first week. The fact that we haven’t been satisfied with just that and have continued to achieve other good results and invariably have remained in the top 10 of the general classification, well, none of us would have expected that at the outset. I’m certain that the team’s incredible performance more than justifies the invitation to take part in the Vuelta. We’ve demonstrated that the team has made enormous progress. After a very good Giro last year, we have been able to improve even further, and now we’re achieving consistently good results at one of the most difficult Grand Tours of the past couple of years,” says Ralph Denk, Team NetApp – Endura’s Team Manager, assessing the team’s performance thus far on this the second rest day.

“Already after the win I said that anything coming after that would be icing on the cake. And because of that we’re relaxed. We’re taking things day by day. If opportunities arise, we seize them. That’s how Bartosz scored a third-place finish, that’s how Leo has moved into eighth place overall in the past week and that’s also how the team will ride all the way to Madrid,” Denk adds. 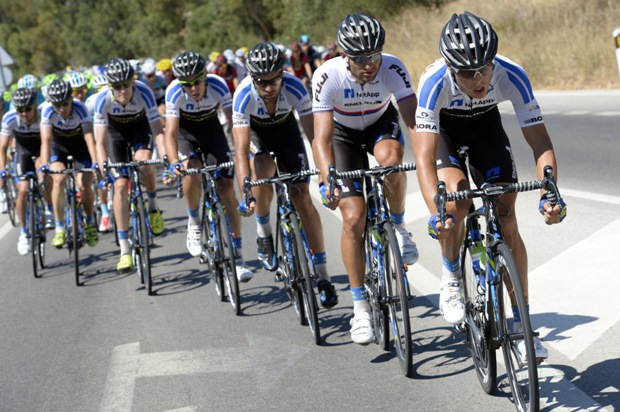