CVR World Cup has broken new ground as the only eSport with a physical, competitive component, it is both real and virtual cycle racing. Cycligent, Inc., the pioneer of Physical Esports™, started CVR World Cup in 2017 and has already given athletes over $250,000 in cash and prizes.

In CVR World Cup, players compete virtually but they don’t just use their thumbs, it is physically intense and demanding. They sweat their way through virtual worlds racing each other’s avatars.

To compete in the CVR World Cup League, and to have a chance to race in one of their global events, a racer needs a computer w/virtual software. On top of that, they must also ride an actual bicycle hooked up to an indoor, stationary trainer, which simulates a true interactive, outdoor riding experience – hills, resistance and all. Each racer’s results are tracked and calculated for points and placement. This unique approach is not only a game-changer in eSports — traditional cyclists are joining the CVR World Cup League as it’s not only extremely competitive, and challenging, but the prize purses are larger than traditional cycling.

Frank Garcia, CEO, of Cycligent Physical Esports says, “We have created an entirely new type of professional sport combining both the virtual and the physical.”

CVR World Cup is also changing the way cyclists are rewarded. They are paying top prizes of $10,000 to each first-place men’s and women’s winner at their upcoming live championship in Vancouver, BC, at the Harry Jerome Sports Centre, on June 23rd and 24th. Plus, they also pay women equal prize purses to men; something almost unheard of in the male-dominated world of professional cycling. CVR World Cup racing is sponsored by Saris, CycleOps, PowerTap, & Garneau, and is being streamed online to tens of thousands of race fans live via Microsoft Mixer and CVR’s own cycleview.tv channel. Watch the event live on http://cycleview.tv.

CVR World Cup is cycling esports on a global scale with large prize purses. Cycligent is the pioneer of Physical Esports™, the fusion of digital gaming and physical activity for broadcast around the globe. Their website is located at https://www.cvrworldcup.com. 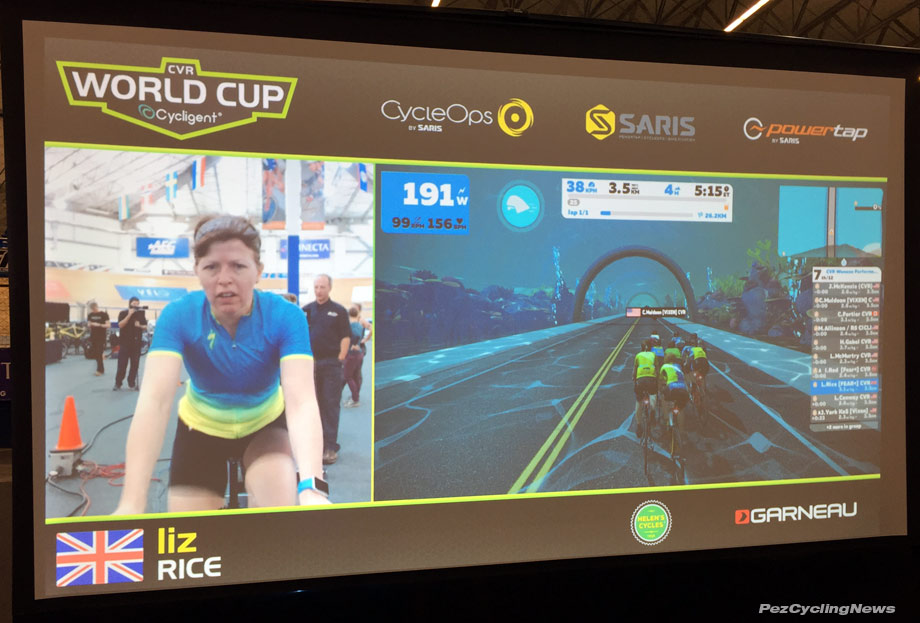