Tinkoff-Saxo is pleased to announce that Nicki Sørensen will stay on the team assuming the role of sport director and coach from 2015. Sørensen has just retired as pro cyclist after having spent 14 out of 16 seasons with Tinkoff-Saxo.

Both the team and Nicki Sørensen have valued the long and close relationship, and according to team manager Bjarne Riis, Sørensen will, with his major expertise and understanding of the sport, be a part of an ambitious reinforcement of Tinkoff-Saxo’s setup.

“I’m very happy to welcome Nicki in his new role. It’s an exciting opportunity and challenge for both the team and for him. It’s our clear ambition to step up in 2015 and deliver results. We will prepare ourselves to the fullest at home, but when we’re racing, we must perform. That requires a strong setup, and Nicki has the experience as road captain and the technical knowledge to guide the riders and help lead the team,” comments Bjarne Riis.

Nicki Sørensen will be a part of the group of sport directors, initially as a kind of apprentice before getting full responsibilities at races. Besides that, he’ll coach three riders in areas such as performance, training and teamwork, while passing on his experience.

The student becomes the teacher
Nicki Sørensen turned pro in 1999 and has won four national championships, stage wins in Tour de France and Vuelta a España as well as having held the role as road captain. During the years of “active” learning he has evolved into a trusted mentor for many of his younger teammates.

“I’m very happy and grateful. For me, it’s undoubtedly the best-case scenario and an obvious next step in my career. I’ve been on the team since 2001 and have created close friendships with my teammates and the staff. I now have a lot of experience after nearly two decades of racing on top level that I can pass on to the current riders, whom I know very well.”

“I will focus on coaching my riders on race tactics, training, how to manage life as a pro and teamwork. Besides these skills that you simply need as a top rider, I’ll also monitor training and progress as well as working with my colleagues to continuously improve the team’s approach,” explains Nicki Sørensen, who also tells that he will need to lean on his fellow sport directors.

“During the first period, I will also learn from the more experienced sport directors. I’m used to analyzing the race from my bike, but it’s different from the team car. I can’t wait to get started and I notice that the team is really motivated and ready to reach our goals.” 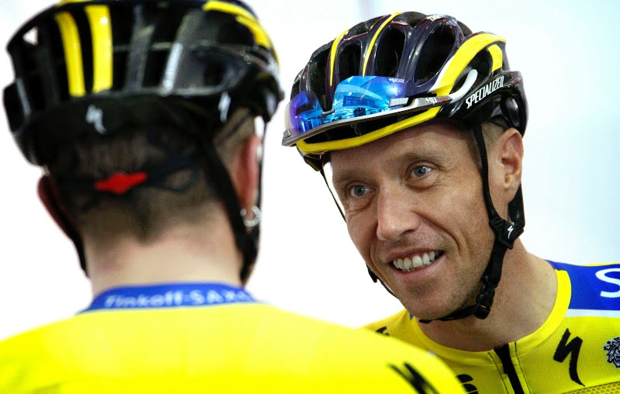 Inside The Amsterdam Six