Four-time national champion Nicki Sørensen rode his last World Championship Sunday in Ponferrada, Spain. He was a part of the Danish squad consisting of six riders from Tinkoff-Saxo, which supported Matti Breschel in obtaining an impressive 4th place behind Kwiatkowski, Gerrans and Valverde on a tough and rainy day.

After the race, Nicki was pleased with the overall performance of the team but whished that he would have had a bit extra left in the tank for the final part of the race.

“This was my last World Championship and it was really great to finish off with a good result for the team and for Matti. I was feeling strong in the first half of the race but I lost power in the final part. I wish that there had been a bit more energy left for the final lap. But I gave myself to the fullest and rode at maximum intensity until I had nothing left to give. As a cyclist I think that’s a great way to conclude 11 years on the national team”, says Nicki Sørensen, who’ll finish his professional career at Milano-Torino and Giro di Lombardia in the coming week.
The 39-year old Dane was impressed by his teammates, who were visible and active throughout the 255-kilometer race.

“Matti obviously impressed everybody with his 4th place. He really has the ability to aim for a top result on a route like this. But Valgren and Chris Juul also did a great job in the breakaways going into the finale, and Valgren was not far from getting over the last climb together with the best. They are young guys but they rode with a lot of power and took responsibility”, Nicki Sørensen comments. 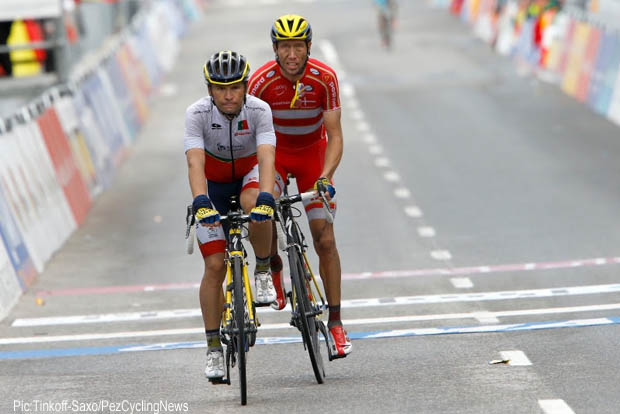