The 2014 Nutella-branded event, which, as always, will coincide with the Tour de Pologne, was presented today in Warsaw

Among the many events connected to the Tour de Pologne, the Nutella Mini Tour de Pologne deserves special note. This event draws more children to ride every year, allowing them to challenge themselves and, especially, to have fun, at the stage finishes before the professionals come through.

This morning, Tuesday, June 3, the press conference with the official presentation of the Nutella Mini Tour de Pologne 2014 was held at the museum at the Warsaw Olympic Center. As always, the director of the Tour de Pologne, Czeslaw Lang, hosted the event, accompanied by Enrico Bottero, general manager of Ferrero Polska, and Marian Wieckowski, three-time winner of the Tour de Pologne and now responsible for youth development for the Polish cycling federation.

“The Nutella Mini Tour de Pologne is now an integral part of the Tour de Pologne,” said Lang. “We are very pleased because every year more young riders participate, and this is the best evidence of the enthusiasm for racing and cycling here in Poland. We sincerely thank Ferrero for the passion and commitment with which they support us in realizing this extraordinary children’s event. Children are the future of cycling. The best example is our rider Michal Kwiatkowski, who is also a spokesperson for the event. With his victories, he has now become a symbol of Polish cycling throughout the world, but his career started with the Nutella Mini Tour de Pologne.”

Following the success of the previous editions, and in consideration of the increasing number of requests to participate, this year’s event, which is sponsored by the Polish Minister for Sport and Tourism, Andrzej Biernat, will double in size. In addition to the traditional Nutella Mini Tour de Pologne for children, divided into two age groups, 8-10 years and 11-12 years, there will also be a race for youth ages 13-14 years who belong to Polish clubs, named the Nutella Mini Tour de Pologne “Puchar Mlodzików” (that is, Youth Cup).

Each day, every child who participates in the race will receive a beautiful and tasty Nutella kit with the official Nutella Mini Tour de Pologne T-shirt and many wonderful giveaways provided by the Tour de Pologne and Ferrero. In addition, the winners of the “Puchar Mlodzików” will have the chance to train with Michal Kwiatkowski and his Academy, with a photo shoot providing many souvenir photos, and the club with the most riders in the finale will receive a check with a value of more than 1,000 euros.

“In 2014, for the seventh year, Ferrero is pleased to support the Mini Tour de Pologne with the Nutella brand,” explained Bottero. “We believe strongly in sport and in particular in cycling. It really is beautiful to see all these young riders take up cycling with dedication and passion. Czeslaw Lang has done an excellent job organizing this outstanding event for children. At such times it is impossible not to remember our unforgotten Pietro Ferrero, as cycling was his life and his passion. This year Nutella marks its 50th anniversary, and the Tour de Pologne will provide an occasion to celebrate this success together with the enthusiasm of the young champions of tomorrow.”

Photos of the press conference in Warsaw: 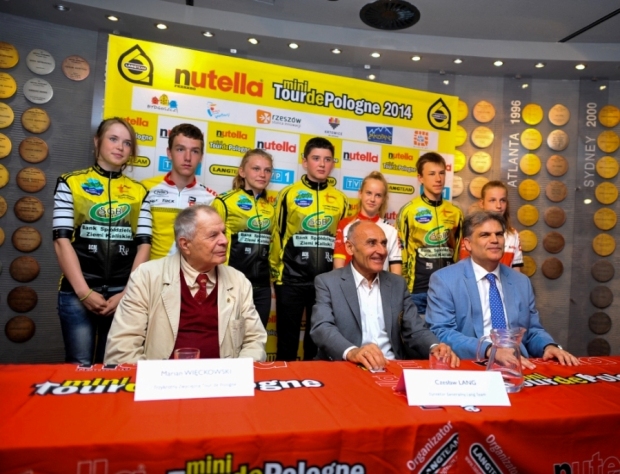 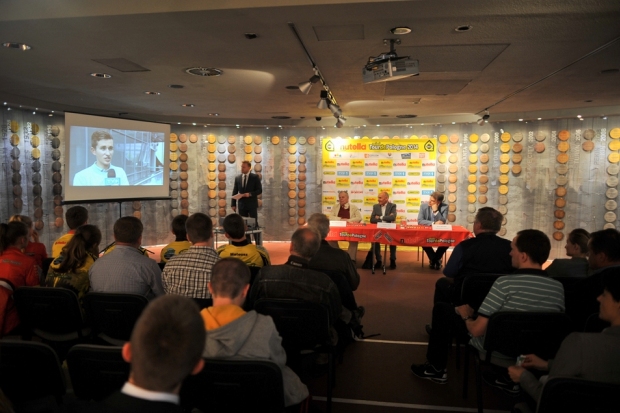 Competition Continues in Huntsville, Alabama for Amateur and Elite Cyclists for the Southeast Regional Series