Hydration Leader and Cyclocross National Champion Team Up to Create Opportunities to Make the Sport of Cycling More Attainable.

Nuun and Company, the maker of the #1 selling sports drink product in bike, run, and outdoor specialty stores announces their partnership with professional cyclocross racer and advocate, Jeremy Powers. Powers is the current national champion and most decorated cyclocross racer in the United States. With a shared mission of making the sport of cycling more accessible, Nuun will be part of the select team supporting Jeremy’s international racing goals while also assisting with his personal non-profit organization and event, JAM Cycling Fund and JAM Fund Grand FUNdo.

Jeremy Powers is the current and 3-time U.S. cyclocross champion and has been the #1 internationally ranked U.S cyclocross racer since 2009, with over 60 UCI victories in the last 10 years. Acting as a true ambassador to the sport of cycling, Jeremy’s work off the bike has earned him as much respect as his athletic accomplishments. He is a founding member of the JAM Cycling Fund, with a mission of lowering the financial barriers in cycling development, cultivating the next generation of cyclocross racers and cycling ambassadors. Jeremy is also very active creating access for cyclocross fans and participants with his online video series Behind THE Barriers and hosting cyclocross clinics across the country.

“What Jeremy represents as a person and lives everyday defines Nuun’s mission of inspiring individuals to achieve their next personal best. He is truly remarkable creating opportunities for those less fortunate,” said Nuun President and CEO Kevin Rutherford. “We are very proud to support Jeremy’s pursuits at the highest level of cyclocross racing and his meaningful programs to grow the sport of cycling.”

Jeremy Powers has been using Nuun Active, Energy and PLUS the last couple of months and is excited to incorporate the hydration and fueling line into his racing routine this upcoming season. “I have been training with Nuun this spring with great results. Between the product, the people and the company mission, it was a natural fit to pursue a partnership with their team,” shared Jeremy Powers. “I have a feeling PLUS with Energy will be my go-to bottle strategy on race day.”

In addition to financially supporting Jeremy and providing him product for all of his training and racing, Nuun is also the hydration sponsor for his upcoming JAM Fund Grand Fundo—an annual fundraising ride for the JAM Cycling Fund—on July 25. Supporting organizations that are giving back and growing the sport of cycling is very important to Nuun. Their other sponsorship in the sport of cyclocross is with the Texas Cyclocross Project, a volunteer organization offering free training for youth and junior cyclocross racers.

“We are very excited to be working with an athlete with such class and character as Jeremy,” added Tyler Smith, Nuun’s Director of Sales, Sports Specialty. “We feel this demonstrates our commitment to the cycling retail community to doing the right thing and partnering with those that share this priority.”

About Nuun
Nuun and Company, based in Seattle, WA, is the pioneer of electrolyte enhanced drink tablets that turn water into an optimally balanced sports drink without the sugars and plastic waste of traditional sports drinks. Founded in 2004, Nuun is used by the world’s best athletes and enthusiasts in running, cycling, triathlon, outdoor and general fitness. Ten years later, Nuun Active Hydration remains the #1 selling sports drink product in bike, run, outdoor specialty, and outdoor chain stores. Nuun is sold in over 9,000 outlets in the US and available in over 30 countries. To learn more and find a store in your local area, visit www.nuun.com, friend them on www.facebook.com/nuunhydration or follow them on Twitter @nuunhydration. 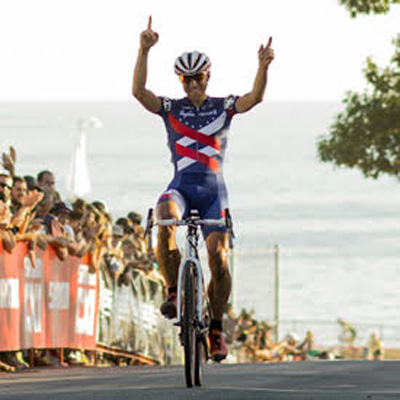