Proceeds of Co-Branded Product Being Donated to Cycling Movement

Seattle, Washington – Nuun, the top-selling electrolyte sports drink tablet in bike, run, and outdoor specialty stores, today launches their product collaboration with PeopleForBikes, the movement to making riding better for everyone. The co-branded 4-pack is available on the shelves of all REI and Performance Bikes and premier specialty bike retailers nationwide. Nuun signed on as an official member of the PeopleForBikes Coalition in the summer of 2014 and to further support the mission created this partnership with proceeds being donated to the movement. 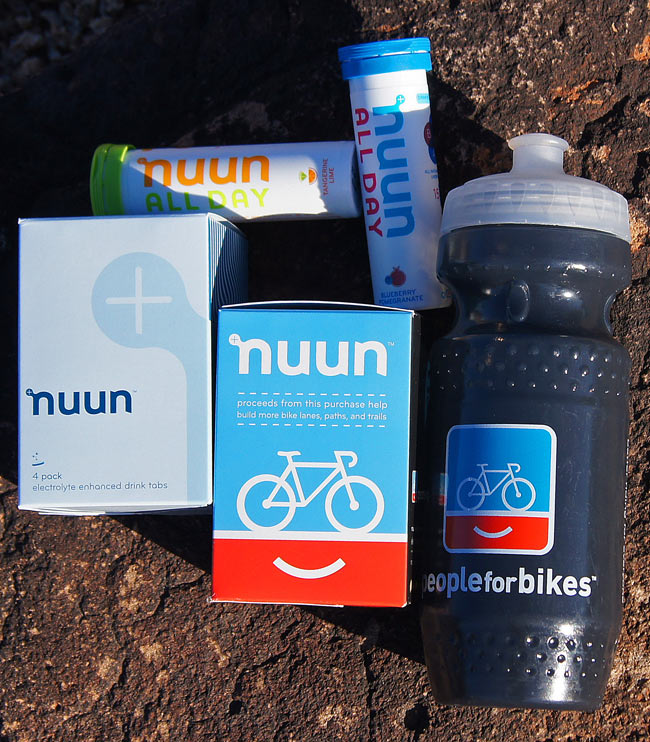 The mission of PeopleForBikes is to improve bicycling in the U.S. through collaborating with individuals, businesses, and communities. Its Coalition members represent the business voice of U.S. bicycling – extending the resources, reach, and influence of bike companies. Members commit a percentage of domestic bicycle related revenue annually to PeopleForBikes.

“We are proud to partner with PeopleForBikes to make riding better for everyone. Increased access to safer bike trails and paths will mean a healthier and happier community,” said Kevin Rutherford, Nuun’s President and CEO. “This collaboration will help elevate awareness of the great work that PeopleForBikes is doing to move this vision forward.”
PeopleForBikes want bike rides to be safe, easy to access, and fun. Since its very beginning, Nuun has positioned itself as both a pioneer and an advocate of safe and fun cycling through proper hydration. An estimated 75 percent of people are dehydrated. The electrolytes found in Nuun help maintain alertness, alleviate cramps, and help muscles function, communicate, and burn energy efficiently. 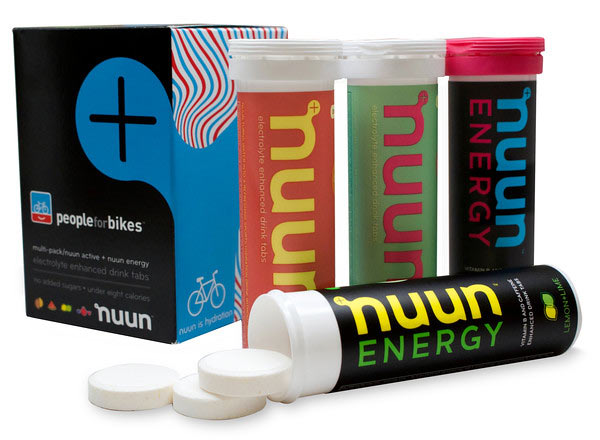 The Nuun + PeopleForBikes co-branded product is available at all REI and Performance Bike locations as well as premier specialty bike retailers across the country. The 4-pack price is $24.00 and includes 1 tube each of Nuun Active Hydration Citrus Fruit and Watermelon, plus Nuun Energy Lemon Lime and Wild Berry. Proceeds from each co-branded 4-pack sold will be donated directly to PeopleForBikes.

“We’re grateful for our industry members who go above and beyond to support our mission to make riding better for everyone,” said Charlie Cooper, PeopleForBikes’ VP of Membership and Development. “Big thanks to Nuun for making our cause more visible through this promotion.”