Rui Oliveira capped off his steady climb up the overall standings at the Joe Martin Stage Race Sunday with “best young rider” honors and an eighth-place finish for the Axeon Hagens Berman Cycling Team. 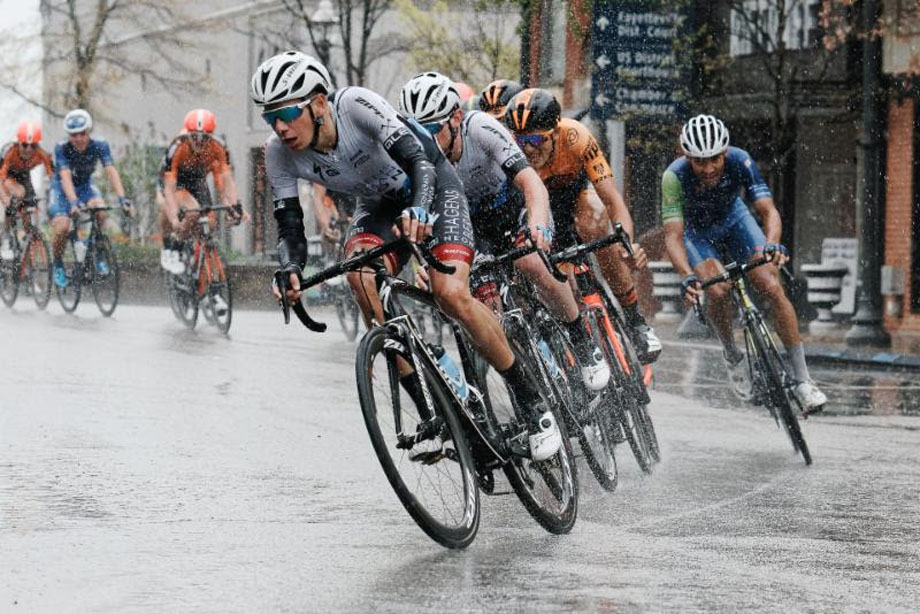 The 20-year-old from Portugal, who missed half of last season with a broken fibula, also took home a pair of runner-up placings – both in photo finishes – on the first stop of USA Cycling Pro Road Tour.

Not bad for his first UCI race in the United States.

“I want to give big thanks to my teammates because all of them rode for me,” Oliveira said. “They did their best to help me so of course I wanted to give them a reward. This only happened because of the work of the guys. Otherwise, I would not have been able to do it. It would have been impossible.”

Oliveira, who finished runner-up to Lucas Haedo (UnitedHealthcare) on Friday and runner-up to Eric Young (Rally Cycling) on Saturday, said he was not riding as well as he did in those two long road races.

“It really was not my best day because I was not feeling good,” Oliveira said. “But guys like Jonny Brown, Geoffrey Curran, Michael Rice and Chad Young put me in the right spots and the best positions to try to gain time.”

‘He Is Hungry To Win’
Axeon Hagens Berman Sport Director Jeff Louder said Oliveira is the epitome of the rider Axel Merckx’s Under 23 development program looks for when recruiting new talent. Rui and his twin brother, Ivo, are in their first year with the team.

“Rui has a good mentality and he is hungry to win,” Louder said. “He is also a good teammate. I think his passion is in the right place. He had been disappointed about coming so close and not getting something . It speaks to his intentions. He is a team player who is riding really well right now.”

Oliveira will now fly back to Europe to join the Axeon Hagens Berman riders who will compete in races in Belgium and France, including the Circuit Des Ardennes, which begins Friday.

“When this race started, I was not thinking I could get some nice places on stages and fight for the best young jersey and good place in the GC (general classification), he said. “But seeing what I have done, it is a good sign for the future.” 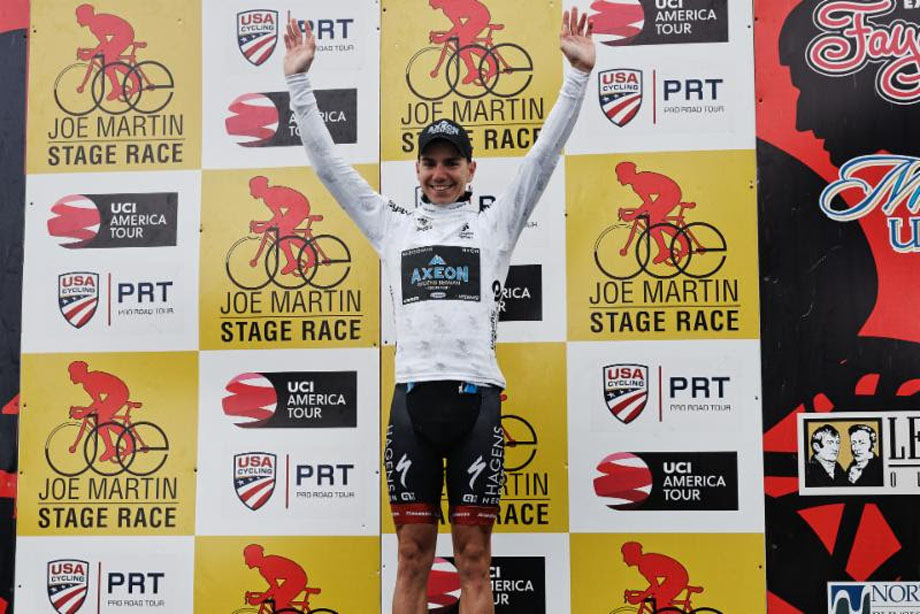 Rui Oliveira captured the white jersey of “best young rider” in his first UCI race in the United States. (Photo by Davey Wilson.)

Veneto 2020: The Inspection of Saint Mark’s Square in Venice