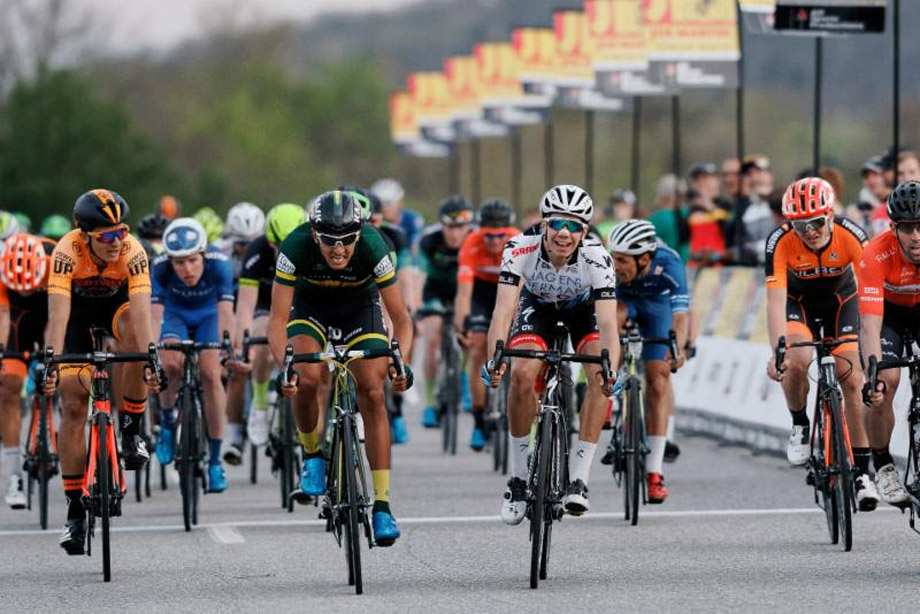 It took race officials a few moments to sort out the massive dash to the line, but eventually they placed the 20-year-old from Portugal behind stage winner Eric Young (Rally Cycling) and ahead of Sebastian Haedo (UnitedHealthcare Pro Cycling Team), who edged him out for the win on Friday.

Oliveira said it was hard to be pleased with the result because of all the help he received to contest the high-speed, bunch-sprint finish after 176 kilometers.

“I can’t thank my teammates enough for the job they did,” he said. “They protected me all day. In the last few kilometers, there was chaos and they did everything to help me. The work they did was so helpful to me. I just had to sprint. I think I am sprinting at the right moment and the feelings are good. But I was just a few centimeters short again. I am not sad for me, but sad that I could not give the guys the reward that they deserve.”

Sunday’s final stage is an 85-minute criterium on a 1.94-kilometer course featuring eight turns and a climb to the finish.

Perfect Teamwork To Position Oliveira
Axeon Hagens Berman Sport Director Jeff Louder said Oliveira – who broke his femur last year and required surgery in December to remove a plate – is quickly making a name for himself in the first USA Cycling Pro Road Tour event of the season.

“This is confirmation that he has the support and the ability against some of the best sprinters on the domestic scene,” Louder said. “Young and Haedo have won a lot of races in America. Rui going head-to-head with them is great for the future.”

“We knew it would be a chaotic finish and that we would have to have all hands on deck and commit to making sure Rui and Rice were together,” he said. “Geoffrey did a long pull, Jonny did a big pull and Chad and Rice got Rui to where he needed to be. Collectively, every guy did his job perfectly today.” 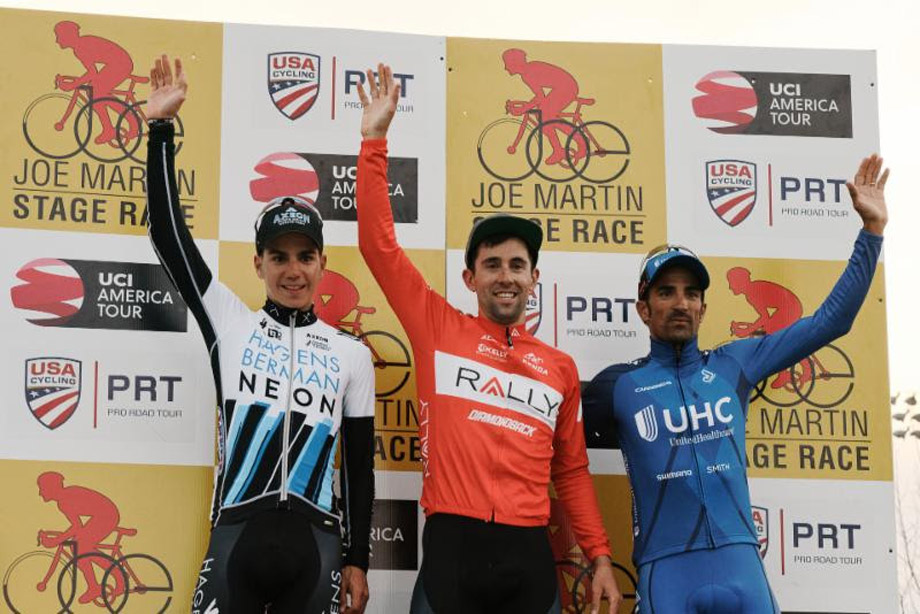