Tinkoff-Saxo has gathered in Northern Italy to embark on the two Italian autumn races, Milano – Torino and Giro di Lombardia. The team is spearheaded by captain Alberto Contador with the ambition of winning the races and securing the Vuelta-winner’s first place on the UCI individual rankings with a top result at Giro di Lombardia.

Wednesday, Tinkoff-Saxo will start off with the historic race Milano – Torino, which dates back to 1876. Oliver Zaugg is in strong shape and is expected to play an important role in assisting Contador on the final climbs.

“With Alberto we have a good opportunity to fight for the win in Milano – Torino. He won the race in 2012 and I’ll be there to support him tomorrow. I feel strong at the moment and I’m actually quite excited about how my condition has developed after the Vuelta”, says Oliver Zaugg, who reckons that the action will take place within the 30-kilometer mark.

“The race is quite flat until the final part, where it kicks up with two steep climbs. I will try to save energy until the last 30 kilometres, where I will do my best to stay with Alberto to help him closing gaps and taking some of the wind”.

Alberto Contador currently resides on the top spot of the UCI’s individual rankings trailed by Valverde 14 points behind. Zaugg confirms that Giro di Lombardia is a key race.

“Lombardia will be really important. The competition is strong and for sure it will be difficult, but we need to do a good result”, adds Oliver Zaugg, who enjoys the final part of the season.

“I like the autumn races and I always feel strong in September and October. Lombardia is a special race for me. I won in 2011 and finished in the top-10 in 2012, so I want to keep creating good memories tomorrow and again on Sunday”. 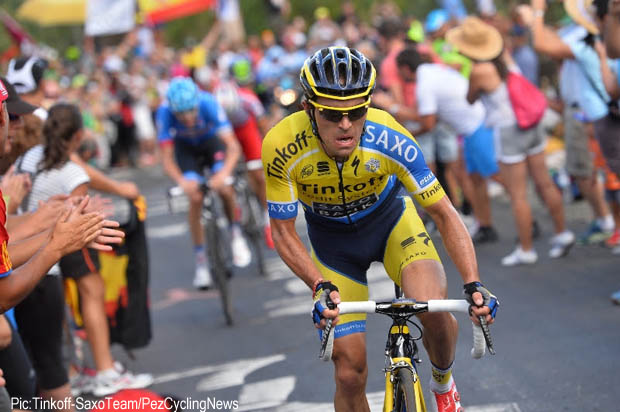 Alexander Foliforov will ride for RusVelo next year