A high-speed crash in Tour of Oman in February is still causing problems for Matti Breschel. Tinkoff-Saxo’s spring-classic specialist will be out until Gent-Wevelgem but is capable of training ahead of the cobbled classics.

The injury from the now famous high-speed matrass-crash in Tour of Oman has proven to be significantly enduring for Tinkoff-Saxo’s Matti Breschel. The bruises and wounds after crashing at well over 80 km/h are healing as expected but a ligament in the hand of the powerful Dane is still causing pain and significant discomfort.

Friday, Matti saw a hand-specialist in Denmark in order to assess the extent of damage and the correct treatment. Sport Director, Lars Michaelsen, was one of the first at Matti Breschel’s side after the crash and has since then overseen and managed the treatment.

– Matti visited a hand specialist that has identified a damaged ligament. This is what’s causing the pain and swelling. In order for him to be ready for Gent-Wevelgem, Tour of Flanders and Paris-Roubaix, we have decided to give him time to rest, says Lars Michaelsen.

Focus on the Cobbled Classics
Even though injury is without doubt a setback in Breschel’s preparations ahead of the spring classics, the team remains confident in that the 30-year old will participate in Gent-Wevelgem, Tour of Flanders and Paris-Roubaix. Breschel had to withdraw early on in Paris-Nice because of pain but Lars Michaelsen expects him to be in shape for the three races:

– Leaving Paris-Nice wasn’t ideal but necessary. However Matti has been able to train and he was in really good shape in Oman. I hope but also expect that the shape can be maintained by simulating race-situations in his training-routine. After Gent-Wevelgem we will evaluate Matti’s situation and decide on the rest of the cobbled races.

Matti Breschel will be replaced by Chris Juul-Jensen in Dwars door Vlaanderen and Nikolay Trusov in E3 Harelbeke. 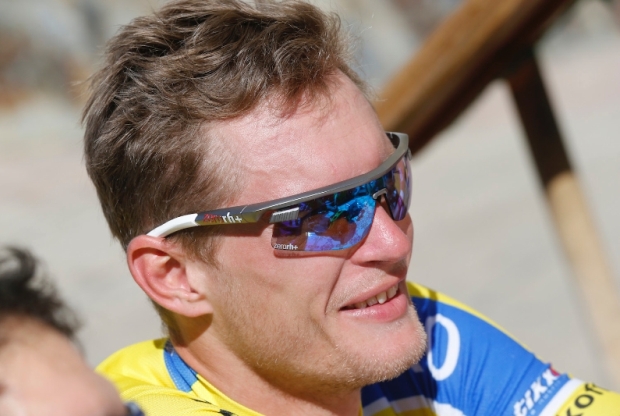 Illness Will Keep Phinney Out Of Milan-San Remo