ONE Pro Cycling in Pologne

ONE Pro Cycling is one of the Professional Continental teams that received a Wild Card invitation to the Tour de Pologne – UCI World Tour 2016, which will be held from July 12th to the 18th.

In 2016 the English team has taken a categorical leap to join the ranks of UCI Professional Continental teams. The Tour de Pologne will be ONE Pro Cycling’s very first debut in a World Tour class race, which represents world cycling’s elite.

ONE Pro Cycling will be updating its roster of twenty riders with many young talented athletes, including the two Polish riders Karol Domagalski and Marcin Bialoblocki. Last year the latter won the conclusive time trial for the Tour de Pologne in Krakow, and he’s currently the reigning champion in this specialty.

Following is an interview with Matthew Winston, head Sports Director for ONE Pro Cycling, who will be guiding the squad from their official team car on the roads of the Tour de Pologne.

1) Matt how is the first part of the 2016 season going for your team?
We are all really pleased with the first part of 2016, we have had some really good results for our first year operating at this level but we have also taken a lot of feedback and information away from the races and are constantly looking at our processes and implementing new measures to keep the team moving forward.

2) This year you made it to the UCI Professional Continental category, and you’ve already participated in some important races, not only in Europe but also in the rest of the world; what was it like to measure up with the other teams and the other realities you have experienced?
The team made the step to the Professional Continental ranks after one year operating as a continental team because we felt ready. Its been good for the team to take part in some big races across the world and we have set ourselves goals for each and every race and focused on these rather than what the teams around us have been doing. However there is no denying we have learnt a lot of lessons from the races and it has been a big change from last season.

3) What role will the Tour de Pologne play within the team’s 2016 schedule?
The Tour or Pologne will be one of the main highlights of our season. It will be our first World Tour race and it comes at a really nice time for us, 7 months into being a Professional continental team it will be great to be competing in a World Tour race and we are thankful to the organisation for giving us an opportunity to do so.

4) What is your opinion of the Tour de Pologne and the Polish cycling movement in general?
The Tour of Pologne is fast becoming one of the biggest races in the world, year on year it continues to grow and this year is prove of that just by the number of teams involved in the race. It will be major preparation for riders competing at this years Olympic Games also. The Polish cycling movement is certainly growing, we have two incredible Polish athletes on our team with Marcin Bialoblocki and Karol Domagalski, they are fantastic competitors’ and a credit to Polish cycling.

5) There are two Polish riders in your ranks. How are they behaving? Do you think they will be at the start for the Tour de Pologne?
Marcin is having a really good season so far, he is adapting to life in the Pro Continental ranks and has a number of goals including the Tour of Pologne, Karol has been a real revelation for the team this year, he can climb, sprint, time trial and also be a great domestique, they are both shaping up really well to be involved in the Tour of Pologne.

6) The route for the 2016 Tour de Pologne was recently presented. What does it look like to you based on your team’s potential? What ideas do you have as to how to ride the race?
The route looks like a tough one but also one that really showcases Pologne well. I think we can be competitive in the sprints but also be looking for that race long breakaway that has the potential to stay away. We will also be looking to focus on the time trial with Marcin, especially as he won the time trial stage last year.

7) There are still more than two months to go to the big date with the Tour de Pologne, but have you yet figured out which riders on your roster could be most suited to this race, or the most important men around which to build a squad for Poland?
As a performance team we are constantly looking and talking about who could be in our squad for Pologne. We hope to whittle this down shortly and with the race being such a big target we will look to hold a specific training camp in preparation for the event.

8) What are your goals for the 2016 Tour de Pologne?
A stage win would be incredible for the team as a whole, we are an ambitious team but we always look to set realistic goals that keep our athlete’s hungry, we will wait a little longer before nailing down our final goals to specific stages. 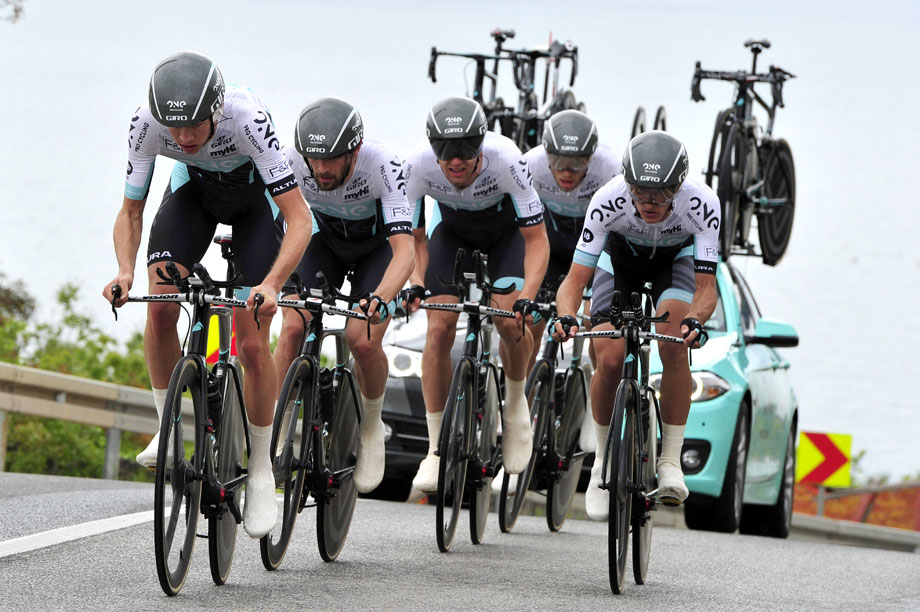