Chris Opie showed that his Tour of Britain preparation is going to plan by taking an excellent 4th place in the G.P. Marbriers yesterday. Opie was involved in the action throughout the day, slipping into a move shortly after his teammate Tom Moses was pulled back on the fourth 10km lap of the 160km race.

Opie had seven others for company in the move, and the break rapidly built a strong advantage over a disorganized chasing peloton. For Opie, who was laid low with illness for much of the season, the result comes at a prefect time.

“My form has really started to pick up coming towards the Tour of Britain now. I’ve worked really hard since I had a few setbacks at the start of the year, but I can feel that things are coming together for a really strong end of season. I’m properly tired after that effort, but it is all taking me in the right direction for the Tour of Britain next month.”

Rapha Condor JLT have been using the one-day French race as a final test before the Tour of Britain for a number of years, and despite the team finishing the USA Pro Challenge on Denver on Sunday this year was no exception.

While Opie had remained in the UK prior to the race his teammates Tom Moses, Hugh Carthy and Richard Handley had traveled directly from Denver the previous night. However the trio showed no ill effects of the demanding schedule, with Moses forming part of the first move of the day, and Handley launching a late counter attack to finish in an impressive 10th place.

Handley, who was the team’s top performer in the USA Pro Challenge was pleased with his performance.

“I wasn’t sure how I’d go after the flight and a tough week last week, but as the race wore on I sort of came round and then when a counter attack went with about 25km to go I latched onto it and I started to feel pretty good.”

The team now returns to the UK, to ride their final event – the Ipswich Coastal Grand Prix – before the Tour of Britain starts in Liverpool on September 7th. 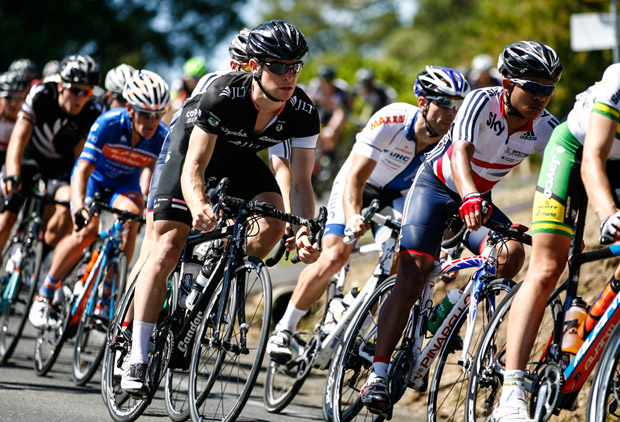