The challenging eight-stage event comes off the back of the Professional Continental squad’s recent success at the Tour of Japan and Tour de Kumano that culminated in five stage victories and five other podium finishes.

Racing for Drapac in Korea will be Jack Anderson Floris Goesinnen, Jordan Kerby, 2006 stage winner Darren Lapthorne, Lachlan Norris and Wes Sulzberger. The six-man squad is a mix of riders continuing on from Japan and a few that rode at the Philadelphia Cycling Classic last Sunday which Drapac’s Director of Performance Keith Flory saying the aim is keep the team on a roll.

“The objective in Korea is to look for performances on individual stages but then also for the team to kick on from Japan,” he explained.

Norris, having played a key role as a domestique in Japan, will now switch focus for Korea with the 27-year-old expecting his good shape to hold.

“The tour really lends itself to a rider like me,” he admitted. “I think we have a great team here, all the guys race aggressively and are strong across the board, we will be looking for any opportunity we can get to mix things up!

“A couple of us here have been on the road for a while, so it’s good to see some fresh faces,” Norris continued. “Everyone here now has good races under the belt and I think we are all genuinely excited about the opportunities this tour will present us.”

The Tour de Korea has no shortage of tough stages over its 1259 kilometres, but Flory believes Drapac has the team for whatever the race can throw at them.

“We’ve got a great bunch of guys over here in Korea, all six of them suited to various stages – although we don’t have a sprinter in Korea, past races have shown that frequently the stages come down to select groups rather than mass sprints,” he said. “So we’ll firstly be looking for performances on individual stages from the guys and then if that puts us in a good position for GC well re-evaluate accordingly.” 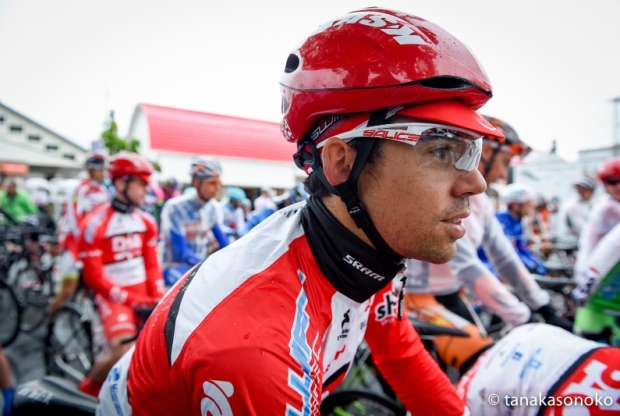 Lachlan Norris at the recent Tour of Japan. © Sonoko Tanaka