“I know I can do it well, Amstel Gold Race,” Kwiatkowski said. “We go into the race very motivated. As for me, I’ve had more results this year leading into Amstel. So, because of that there is perhaps more pressure, but until now nothing has changed. I can say much more after the race. I have to save a lot of energy until the last climb on the Cauberg. It’s not easy to stay in front all day of a 250km race. If you want to save energy, perhaps some people will think it’s better to sit in the back of the group. But, it’s always better to sit in the front. You have to do that. Don’t use energy to be there. You have to know where to be before the climb and on the climb. That’s why the recon and experience of this race is so important and I am happy we’re well prepared. I know the parcours really well as does the team. We know the race and it usually starts at 70 kilometers to go. But, anything could happen. There are a lot of good riders who are explosive on the climbs. Philippe Gilbert, Joaquim Rodriguez, or Alejandro Valverde for example. This race is unpredictable, so it’s difficult to give a true prognosis before the race.”

“Michal last year was also competitive in these kinds of races,” Lefevere said. “This year, the riders around him have become stronger. We have experienced riders like Pieter Serry, Jan Bakelants, and Wout Poels, who is racing at home. We’ll also have to see how recovered Zdenek Stybar is from Paris-Roubaix. As for the race, it typically is very nervous. There are a lot of curves. They announced crosswinds for the race, so it will be even more tough.”

“I feel really good,” Poels said. “Vuelta Ciclista al Pais Vasco was a really nice victory and race in general. I feel really good, so I hope we can do a nice job at Amstel Gold Race. It means a lot at my home province. It’s a really nice race, and a nice public here at my home. I’m looking forward to it. I feel the team really likes this race. We have climbers in the team who can also do well in a one day race like this.”

“The upcoming two races, Amstel Gold Race and Liege-Bastogne-Liege, are really important races of my season,” Bakelants said. “I look forward to competing in them. Clearly I am eager to do them and hoping to do well for me as well as the team. Amstel Gold Race is not typical because it’s all about short, uphill, almost sprinting efforts. One sprint is not enough to get to the top though, so there’s a mix of endurance and efforts that go into the lactic acid. So, this parcours is a nice challenge. As for the team, OPQS has a strong team this year with 30 strong guys. No matter race we come to, we have always eight really competitive riders.” 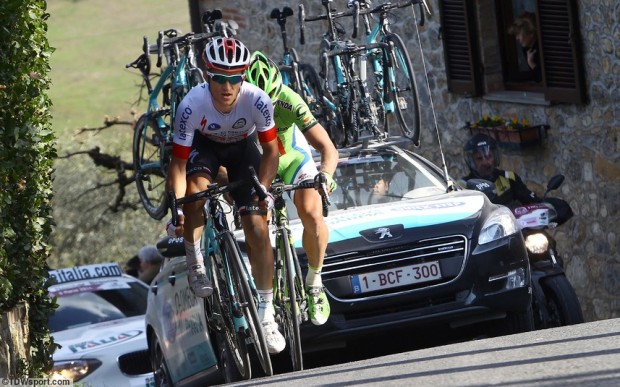