The second edition of the Orbital Cycling Festival, held at the world-renowned Goodwood Motor Circuit, is back on 26th to 27th July 2014. A true celebration of all things cycling, the Orbital Cycling Festival is an experience for everyone. It’s a fantastic summer’s weekend whether you’re coming with your friends or family, packed with attractions, cycling races, meanders, entertainment and much more.

The racing is set to get exciting, staged at the home of speed and on the historic Goodwood Motor Circuit, it’s sure to get the adrenalin going. There’s a whole menu to whet the appetites of every variety of cyclist, from mountain biking, to a recumbent bike race, to a keirin race and family ride-outs. Last year over 6,000 cycling fans and their friends and family came along and we’re expecting upwards of 10,000 this year, from pro cyclists to those wanting a summer festival with a difference, set in glorious grounds. 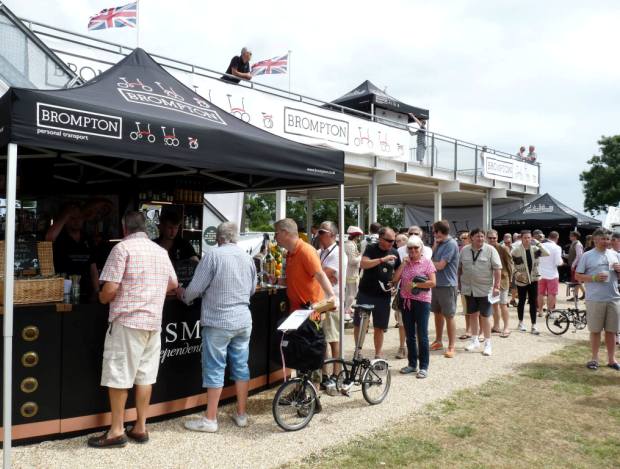 The famous Brompton World Championship will be held over the weekend, drawing participants from across the globe and providing spectators with some fantastic entertainment. The Orbital 500 road race has a prize pot of £5,000, which is set to attract some of the biggest names in the UK racing scene. For the full event list, please visit: https://www.orbitalfestival.com/orbital-racing-rides/

As well as the fantastic range of cycling, there are lots of other attractions. The Paddock Expo, located next to the race track, will provide everything from the latest bikes, apparel, parts and accessories. There’s also a bike jumble and market area in the Tower Fayre. You can catch up on the latest Tour de France action, over locally produced food and drink, on the big screen showing the last two days of the Tour de France. 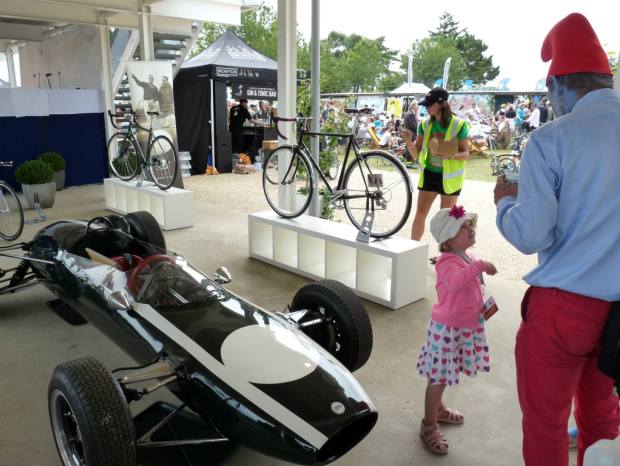 Different cycle stunt teams and displays will be in action, featuring jump sensation Blake Samson and free runner Luke Madigan. There’s a demo track for everyone to use and flatland BMX star Matti Hemmings will be showing off his skills and providing workshops for children looking to learn new moves. There will be balance bikes for the under-5′s and the kids will be safe and contained on the pump track, giving parents some time to relax. For 6 to 10-year-olds, there will be Go-Ride training delivered by qualified coaches. Para-cyclists will have access to the all-inclusive riding environment at Orbital Cycling Festival and can join in some of the racing action.

New for 2014 are two box fresh mountain bike events on the South Downs – a challenging enduro and an off-road sportive along local trails and bridleways. Teams of four representing companies small and large will be drawn to the Orbital TT comprising a 3 event schedule – 4-up time trial, road race and team relay. 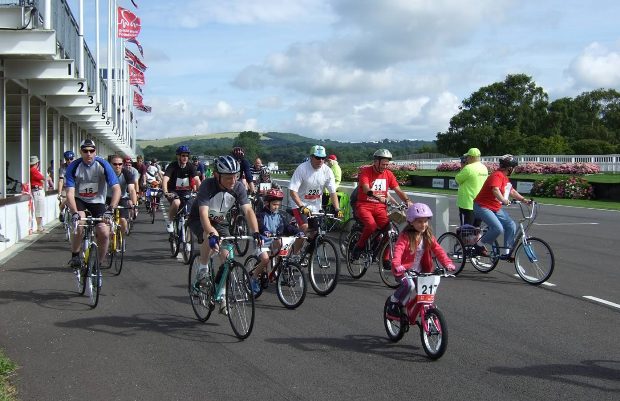 And for those coming that simply don’t love cycling as much as we do, there’s the beautiful shopping town of Chichester just three miles away; The Whittering Beaches that are so gorgeously sandy you’ll feel you’ve had to get on a plane to get there; the Goodwood Health Club, with treatments galore, or bring your clubs for a round of golf.

And why not make a weekend of it, with friends and family, camping out opposite the race circuit itself. In the evenings there will be DJ’s and live music next to the motor circuit, the only classic circuit in the world to remain entirely in its original form. For more information on camping, visit: https://www.orbitalfestival.com/camping-orbital-cycling-festival/

Antony Auty, Orbital Cycling Festival’s founder, says: “Our goal is to bring all cyclists together for an exciting weekend of all things cycling. We’ve made sure there’s lots for everyone to do, even the non-cyclists of your group. It’s an opportunity to bring all the family or to have a fun weekend away with friends. Last year was Orbital’s first year and it was a huge success. We can’t wait for July.” 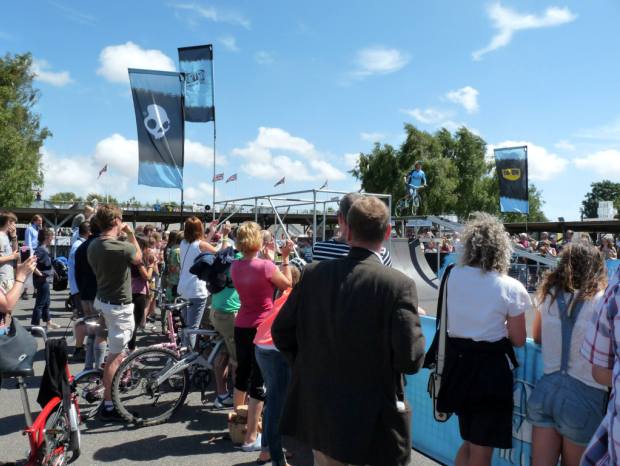 Orbital Cycling Festival at Goodwood Motor Circuit is a festival of road, MTB & track racing at this iconic motorsport & aviation venue. Goodwood Motor Circuit was also used as part of 1982 UCI Road World Championships course – a race won by Giuseppe Saronni beating Greg LeMond and Sean Kelly into 2nd and 3rd. Orbital’s mission is to become a globally recognised festival of all things cycling, while catering to all the family’s needs.

Goodwood Motor Circuit is a historic motor racing venue for both cars and motorbikes. The 2.4 mile (3.84 KM) circuit is situated 3 miles from Chichester in West Sussex on the estate of Goodwood House and completely encircles the Chichester Aerodrome, home to the Goodwood Aero Club. In recent years the circuit has hosted the Goodwoood Gallops run by the Surrey Cycle Racing League and the Action Medical Research | RIDE 24.

The racing circuit began life as the perimeter track of RAF Westhampnett airfield, which was constructed during World War II as a relief runway for nearby RAF Tangmere. The first race meeting took place on the 18th September 1948 and later became famous for its 9 hour endurance races and the Tourist Trophy race held throughout the 50’s and 60’s. The same cars are, today, invited back to compete at the Goodwood Revival festival every September, celebrating the golden days of motorsport at Goodwood Motor Circuit, with all competitors and most visitors dressed in period clothing. In 2012, 138,000 people visited Goodwood Revival over 3 days.

You can keep up to date with the Orbital Cycling Festival at www.orbitalfestival.com 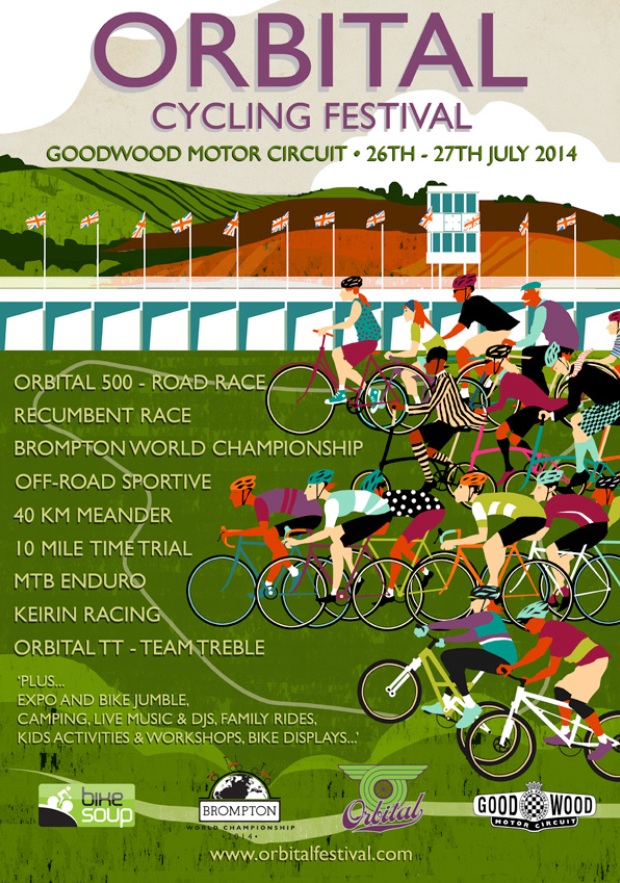