Traditionally a race for the sprinters or opportunists, the inclusion of additional climbs in 2014 is set to make this the toughest edition of the Santos Tour Down Under yet. Sport Director Matt White gives us a stage-by-stage look at the race.

With Menglers hill coming just 12 kilometres from the finish, stage one will likely be out of reach for the pure sprinters, but it suits a sprinter with climbing ability, like Michael Matthews. Once a permanent fixture of this race, the challenging Menglers hill is making a re-appearance this year. At 135 kilometres, this is the shortest of the road stages, and with the climb so close to the finish, we’ll expect everyone to be racing this stage hard.

It is always an exciting stage around Stirling each year. This will be a tough day- with ascents of One Tree Hill, Checker Hill and three laps of Stirling. If some gaps have already formed in the overall after stage one, today could be a good chance for a breakaway. If not, expect to see an opportunistic rider making a move- possibly a rider like JJ Rojas (Movistar) or Simon Gerrans will be looking for a result today.

The most significant part of today is the Corkscrew, which we go up with 8 kilometres to go; it’s the toughest climb of the race. The Corkscrew was included for the first time in 2013 and it blew apart the race- Geraint Thomas won from only a few guys left at the finish. This is definitely a day for the climbers.

The first chance for the pure sprinters comes on stage four- keep an eye out for the crosswinds on this stage though. Strong winds tend to be a fixture on this course and that can shake the race up, but a bunch sprint is most likely today.

The Queen stage of the Tour Down Under, Willunga Hill always draws huge crowds. If you want to win the TDU overall, this is where it’s won and lost, so you need to be amongst the action here. With the hilltop finish, it suits the pure climbers, like Cadel Evans or Richie Porte. Gerrans won here last year, and we’ll be hoping for a repeat of that win.

This is a new course for 2014, around the streets of Adelaide. It’s another one for the pure sprinters. Look out for an Andre Greipel (Lotto Belisol), Marcel Kittel (Giant Shimano) or Matt Goss. It could also be a stage for WorldTour first-timer Caleb Ewan (UNiSA); it will be the first chance to see him in action against the world’s best.

ORICA-GreenEDGE for Tour Down Under: 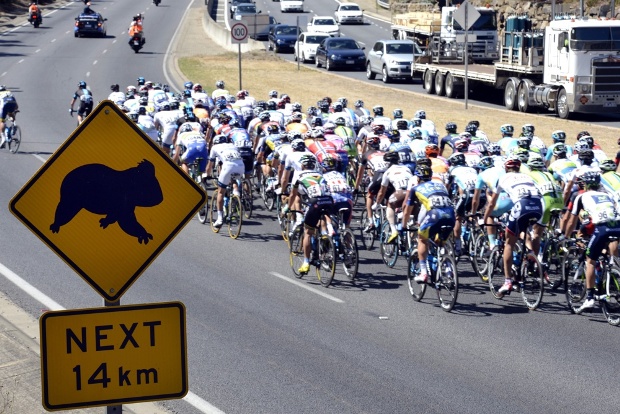