Powless and Curran helped orchestrate a big shake up in the standings of the USA Cycling Pro Road Tour event. The result led to Powless jumping from fifth to second after finishing third on the final stage. Curran moved up three spots, from seventh.

“That was awesome. Oh my goodness,” Powless said. “We executed the exact plan that (Sport Director) Jeff Louder had laid out for us.”

After following an attack on the first of 11 laps of the Sunset Loop course, Powless and Curran rode patiently before going on the attack themselves in the final three laps of the 140.9-kilometer race. Between the two of them, they won three of the five intermediate sprints on offer, including one which included time bonuses. 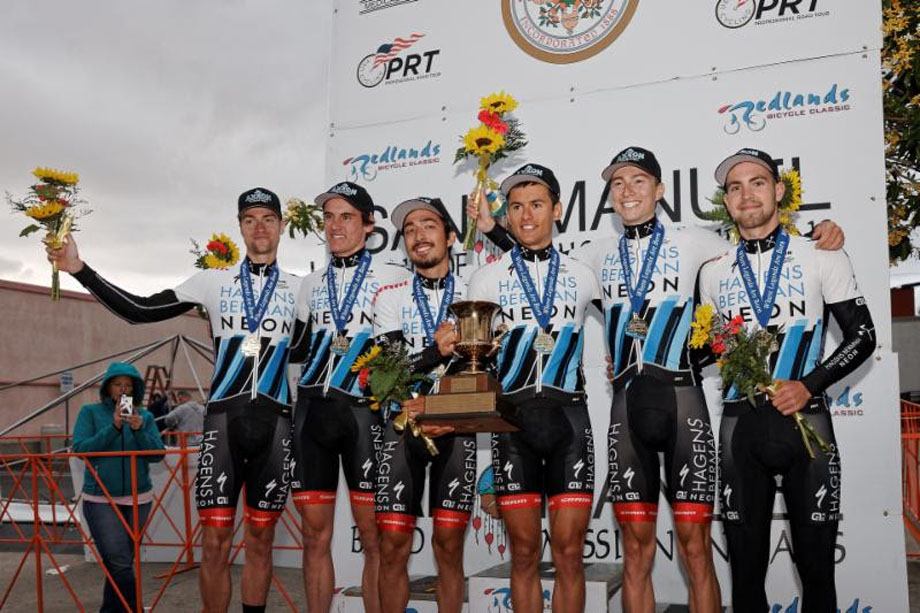 “We hit it as much as we could,” Curran said.

The riders who had been sitting first and third overnight, Janier Acevedo (Team Jamis) and Lachlan Morton (Jelly Belly presented by Maxxis), were left behind when the original breakaway of nearly two dozen riders slipped the field. Even with a concerted chase and the gap as small as 25 seconds at one point, the peloton never saw Curran, Powless and the rest of the escapees again.

Matteo Dal-Cin (Silber Pro Cycling) jumped from second to win the race overall, 21 seconds ahead of Powless. Travis McCabe (Holowesko-Citadel presented by Hincapie Sportswear) won the final stage and finished third overall, 35 seconds back. With help from Curran – who was 45 seconds back of the winner in the final standings – Powless finished third on the stage behind Ulises Castillo (KHS-Maxxis-JL Velo). Curran was eighth.

‘Anything Can Go Down On Sunset Loop’

Curran said Louder had emphasized in the team’s pre-race meeting that the race was far from finished.

“In the past, we have seen anything can go down on Sunset Loop, and today it did,” Curran said. “The whole theme of Redlands is you can race every day as well as you can. But when you come into Sunset Loop, it changes for everybody. Some people have the best day and some people have the worst day. It shows how hard the course is.”

Powless, who was racing mountain bikes internationally until last year, has enjoyed a meteoric rise on the domestic road circuit. He was third overall a week ago at the San Dimas Stage Race before making bigger headlines with a stunning victory in Friday’s individual time trial. The first two months of the season, he won individual races in California (UC Merced Road Race and Copper Town Square Circuit Race) and was runner-up at the Snelling Road Race.

“I had high hopes and high expectations for myself here and I definitely exceeded them,” Powless said. “I knew a lot of the people racing here and the level they race at is extremely high. There was a lot of depth in this field. So I knew it would be quite a challenge. But my form kept continuing to rise from San Dimas. The first day here was a bit rough and it had me down a bit. But from the second stage all the way to the end, I felt I was getting stronger.”

Louder said all six Axeon Hagens Berman riders produced performances that exceeded his expectations during the five-day race. Teaming with Powless and Curran was Jonny Brown, Phil O’Donnell, Justin Oien and Chad Young. O’Donnell also placed in the top 15 overall, in 14th, 3:44 back.

“You are always hopeful, but this is a big U.S. race,” Louder said. “This was also the first time everybody races together and gets to introduce themselves. I was hoping for the best, but this is beyond my expectations. Today, the guys really followed the game plan and expanded on it. I thought it would stay controlled, but the guys read it and saw it going the other way – so they adapted. That’s good bike racing.”

The team title – by 16 seconds ahead of Silber Pro Cycling – was Axeon Hagens Berman’s second of the season. In Portugal last month, Axeon also won the team classification at the Volta ao Alentejo.

“It is always great when you win the team title,” Curran said. “The rest of the time, only the beneficiary of all the work the team does is on the podium. But with the team title, everybody is up there getting the flowers and the trophies and the kisses. It is a nice reward.” 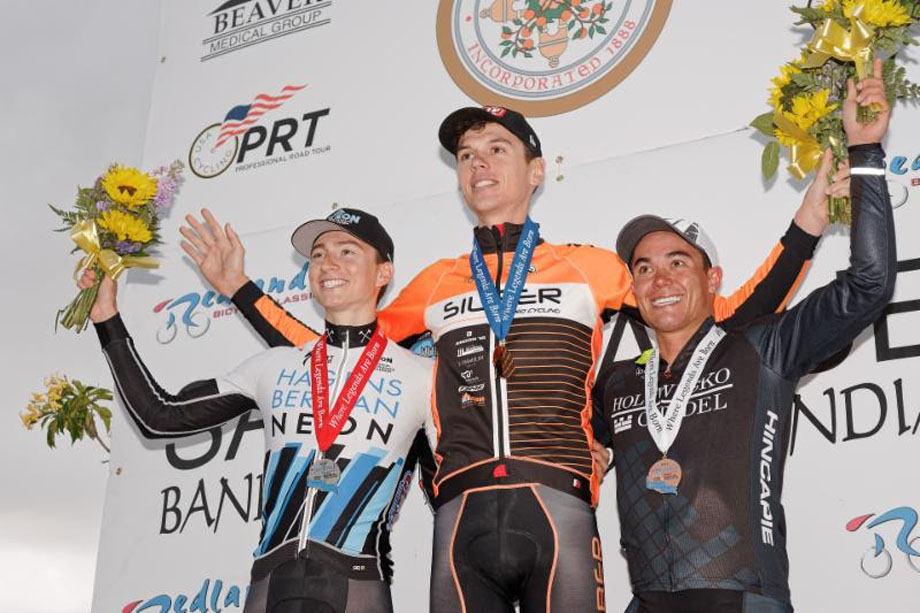 EUROTRASH ‘Hell Of The North’ Monday!