Paris-Nice 2015: Jean-Christophe Péraud “Nothing to Lose”

Jean-Christophe Péraud has started Paris-Nice four times, and on three of those occasions finished in the top 10 overall. Perhaps most notably in view of this year’s race, he made it onto the podium in 2013, thanks largely to a fine performance in the traditional Col d’Eze time trial, which has been reinstated for 2015. The 2014 Tour de France runner-up is circumspect about his form and chances in this Paris-Nice, but won’t rule out a good performance to round off the week.

You have an excellent record in Paris-Nice, but you seem to be going in a little less confident than in previous years. How are you going to approach the Race to the Sun?
I’m going in with the mindset of someone who has nothing to lose. I perhaps don’t have a level of fitness that will put me right in the mix, but I’m slowly making up ground. Consequently I’m telling myself that this week will be good preparation for the races that will come thick and fast after Paris-Nice. Last weekend I noticed that I had better sensations than at the Ruta del Sol, for example. That shows that I’m on an upward curve.

Does your status as the Tour de France runner-up alter your approach at all? We know that you’ll be a marked man…
Well it certainly won’t change how I’m going to race, and neither can it affect my form. I’ll be happy just to follow wheels initially, then I’ll see what I’m capable of. I’m hoping that my condition will improve stage by stage, and that I’ll be able to do something decent towards the end of the week.

And the last stage happens to be the one that suits you best…
Exactly, I’ve always loved the Col d’Eze time trial. It’s right up my street – a solitary effort, uphill. I’ve always had good results in this stage because it suits me perfectly. I’ve also really started to get to know the climb: we didn’t need to go on a recce – we’ll do it once on the morning of the time-trial and that should be enough.

Prior to that, you have a date with the col de la Croix de Chaubouret. Now that climb, you did recce….
This one will be the queen stage, together with the Col d’Eze time trial. That’s where I’ll have to be ready, where I’ll have to stick with the leaders. It’s quite a steady climb, which makes me think that it doesn’t lend itself to big time gaps. It’s not easy to launch a really decisive attack and drop everyone on a climb like that, so I think there’ll be a group of strong riders who’ll go clear and finish close together.

The field this year is unusually dense, in terms of contenders for the overall title. Who’s your tip to win it?
So far this season, Richie Porte has definitely been one of those who have impressed me. He’s in form very early this year, and he’ll be tough to beat on the Col d’Eze. I also think that Sky is very well equipped to control the race. They also have Geraint Thomas in their ranks. We saw how strong he was at Paris-Nice last year. 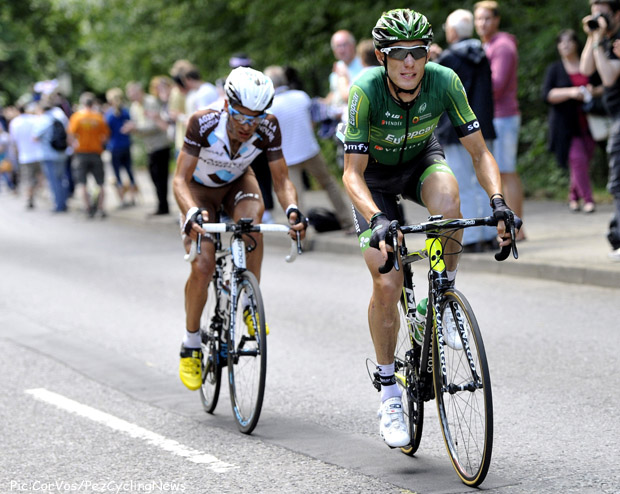