One of the younger races on the UCI Europe Tour, the Tour of Slovenia is a four-day stage race that features something for every type of rider. Its 23rd edition starts on Thursday, getting straight into the action with an undulating 177.8km stage that should suit the all-rounders. The 2016 edition is the first time Tinkoff has been at the race since 2012, which will make it new territory for the team of seven, to be led by Pawel Poljanski. The team will be looking to perform well in a race that suits each of them.

Each of the riders on the team comes to the race after a successful season’s riding, where their efforts have been integral in Tinkoff topping the team classification of the UCI WorldTour rankings and will be looking forward to the varied terrain this race offers. This is not a race for the out and out climbers, but features some testing ascents over its four stages, including a time trial on the third day that takes in a tough 6.4% climb with a maximum gradient of 16% in its final half. Each road stage features at least three categorised climbs, meaning the climbers or the stronger all-rounders will be in with a chance to take the stage wins and the GC race.

Leading the team will be Polish rider, Pawel Poljanski. After a strong start to the season, riding in support of Alberto Contador at Paris-Nice and the Volta a Catalunya, and for Rafal Majka at the Tour de Romandie and most recently, the Giro d’Italia where he helped him in his ride for fifth, Pawel will be looking forward to testing his legs as leader in a race that suits his abilities as an all-rounder and strong climber. 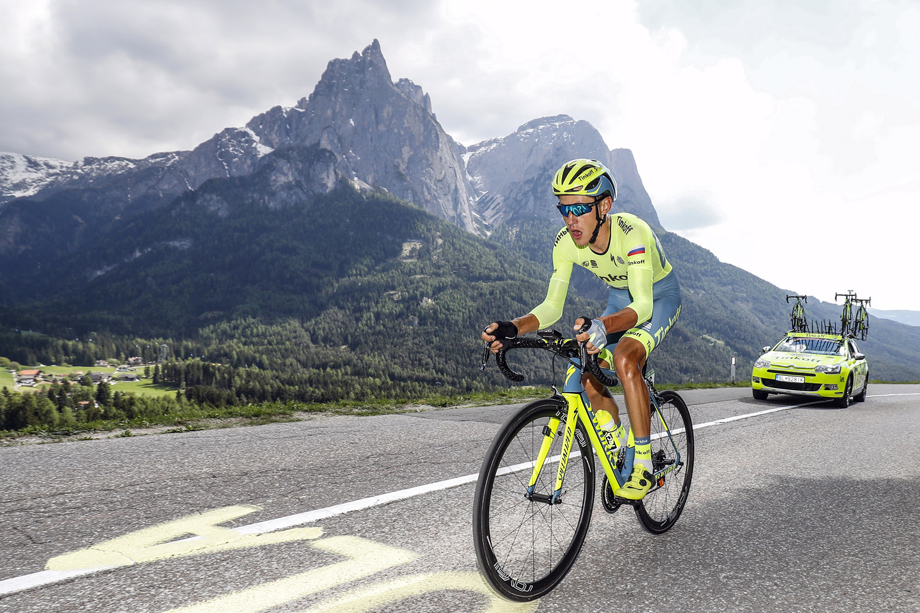 Joining him in Ljubljana on the first day for the 177.8km opening stage will be Erik Baška, Adam Blythe, Pavel Brutt, Michael Gogl, Jesús Hernández and Michael Kolar. Poljanski, having recently ridden the Giro alongside Pavel and Jesús, will have valuable stage race kilometres in their legs for when the road heads upwards, while Erik, Adam, Michael Gogl and Michael Kolar will be ready to contest the sprints when the opportunities present themselves.

Ahead of the race, Sport Director, Tristan Hoffman, was assessing the team’s prospects over the four days. “For the GC, we hope that Pawel will have recovered well enough from the Giro – the TT will be good practice for him along with the climbers’ stage.”

With two stages likely to end in a sprint, there will be strong competition, confirmed Hoffman. “We have Michael Kolar and Baška for the two sprint opportunities – we will see how they start the race to assess who will be our best bet for these stages. There are some sprinters teams here, so we can expect them to control the stages where they have opportunities, but where there are important breaks we will need to stay vigilant. But overall we have a good team to race across most of the stages.”

With the final two stages consisting of a TT and a circuit finish, Hoffman expected the GC outcome to be all but certain by the end of the second day. “Stage 2 finishes on a climb and will be the GC decided. We’ve got a mix of stages though, which is nice. There are only four stages in the race, and stage number 3 is a 16km TT so I expect the 1st and 4th stages will be bunch sprints.”

There will be plenty of racing on every day of the race though, and the Tour of Slovenia will provide something for everyone – both for the riders and for the spectators. 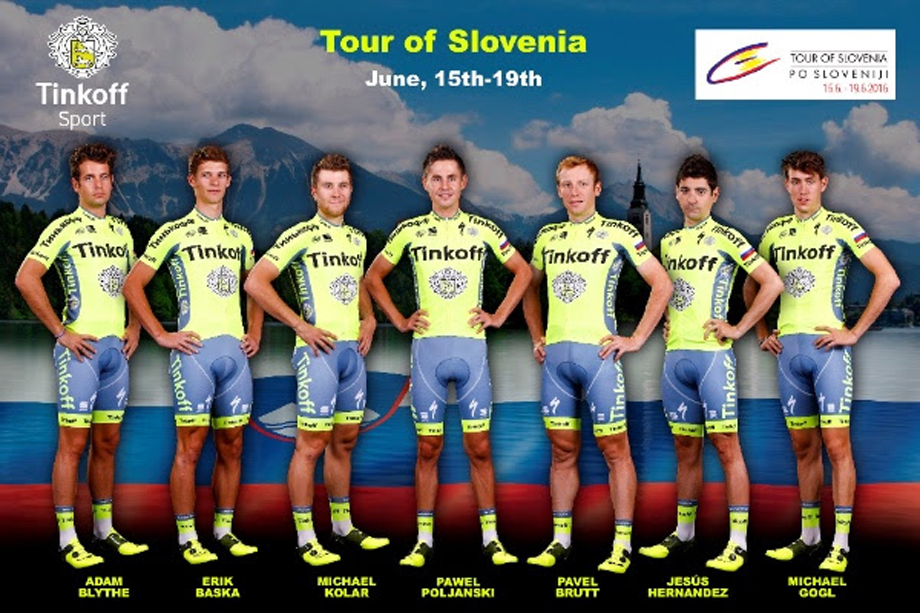 While only four stages in length, the race packs in a variety of terrain, with stage to suit the climbers who might relish the opportunity to contest an uphill finish, to the all-rounders who will sprint for the line after a day on an undulating parcours.

Stage 1 features a rolling Route that crosses three third category climbs before a finishing circuit of the town of Koper in the west of the country. With a flat finale, the finishing circuit should give riders a chance to bring any breakaways back in before contesting a bunch sprint finish. However, with a third category climb just over 20km from the finish, there’s every chance of some late attacks that could splinter the bunch.

One for the climbers, the 217.7km second stage features four categorised climbs – two of which are first category – before an uphill finish into Golte. The penultimate climb is the second category Crnivec, which could act as an excellent launch platform for an attack, however with the last climb to the finish stretching just over 15km, riders may choose to save their legs until the punishing 7.3% finale, featuring gradients of up to 23%.

The penultimate day features an Individual Time Trial. The 16.8km route starts off flat, before climbing the final 7km to the finish over an average gradient of 6.4%, with ramps of up to 16%. The time trial specialists might choose to push hard on the opening 10km, before facing the prospect of losing time on the final 6.8km, while the out and out climbers might do the opposite. The time splits may not give the most accurate picture of who will take the stage win.

The race’s finish will be in the city of Novo Mesto in the south east of the country. To get there however, riders will have to negotiate an undulating parcours that crosses three third category climbs over a 179.8km course, before a finishing circuit in the streets of the city that will be ridden three times. If the sprinters have the legs at the end, this stage will be one for them to contest.