Drapac Professional Cycling’s engine room will receive a boost in 2015 with the team pleased to announce the signing of Peter Koning on a two-year deal.

The 23-year-old Dutchman joins Drapac after three seasons racing in the Continental ranks and continues the Australian team’s track record of developing cycling talent from the Netherlands.

Koning said that he was excited by the new opportunities offered by racing for Drapac.

“It’s going to be a completely new experience in a new environment,” he explained. “Of course, it will be a step-up from where I have raced in but I am confident that I am capable of the challenge.

Koning has won two national time trial titles, as a junior in 2007 and again as an Under-23 in 2012. He cites both victories as career highlights to date and is looking forward to further progressing in the events against the clock. In 2014, competing in the elite ranks, Koning was the highest of non-WorldTour level riders in the individual time trial at the Dutch Championships, seventh-placed in an impressive performance.

Given his strength, Koning should also prove a valuable asset for the Drapac sprint train, which found considerable success in 2014 with Wouter Wippert.

“I would like to further develop my skills as a complete rider,” Koning added. “Results in short stage races and being part of a great lead–out train are definitely a part of that.”

“We are excited to have another young Dutch talent on the team whom I am sure we can develop into a great athlete,” he said. “We have had plenty of success with Wouter Wippert and Floris Goesinnen and believe we will receive the same from Peter, although his attributes will have him helping with the lead out and time trials.” 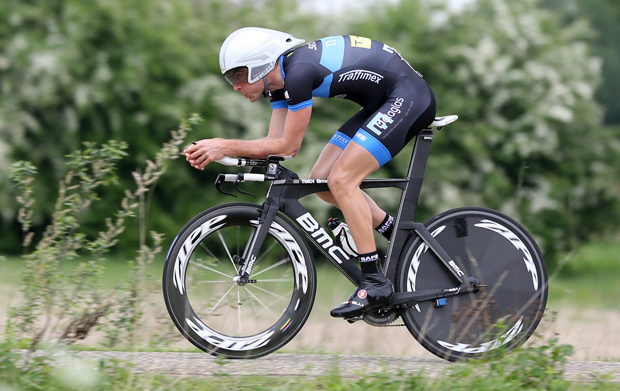 L’Eroica: Bianchi Back to the Fore as Main Sponsor