Following a break after the Tour de France, and a trip to Rio to compete on the mountain bike at the Olympic Games, this year’s Green Jersey winner, Peter Sagan, returns to the road at the one-day Bretagne-Classic Ouest France. Peter leads the team at this WorldTour race as he looks to extend his lead in the UCI WorldTour individual rider rankings, looking for a result at this tough French race.

His first race back for the team since Paris at the end of July, Peter will be joined by a strong support team including his brother Juraj, 10th place finisher at the Tour de France, Roman Kreuziger, and the winner of this month’s Tour of Denmark, Michael Valgren. The roster is then completed by Adam Blythe, Pavel Brutt, Oscar Gatto and Michael Kolar.

Looking ahead to the race, Peter said “I’m looking forward to getting back on the road after Rio. The Olympics was a great experience and it’s a shame that luck wasn’t on my side on the day as I feel I was capable of much more. I’m really keen to start the last part of the season with Tinkoff and hopefully pick up from where we left off at the Tour de France, finishing Oleg Tinkov’s final year as a team owner in style.”

The race, covering the rolling roads of south Brittany, takes in some of the roads covered in the 2000 Plouay World Road Race Championships, with a change to the route used in previous years here. The new course shouldn’t alter the outcome of the race, with the fight for victory often a fine balance between a breakaway staying clear and a reduced bunch fighting for the win.

Sport Director, Patxi Vila, was cautious to see how the UCI world road race champion’s return goes, saying: “Our first plan is to support Peter as this race suits his strengths, however, we will see how he is feeling after Rio and the jetlag too. His training since the Tour was focused on preparing for the mountain bike race, but we will still go into the race with him as our first option, looking to take as many WorldTour points as possible.

The race covers a new 234km route before entering the same finishing circuit as before, with 4km between the top of the final climb to the finish. “With the new course, it will be a new race for everyone, but the roads will be typical of Brittany – tough, narrow roads – so it won’t be easy,” Vila continues. “There’s 2,900m of climbing too; it’s always a hard day out at this race but we have a strong team to go for a result here.” 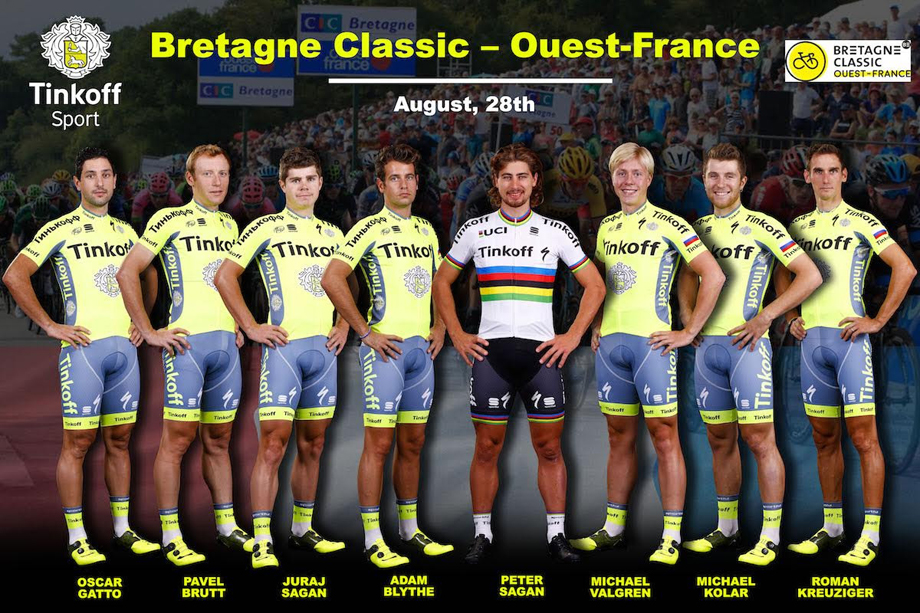