The PezCycling News team’s Gordan Cameron said Wednesday night that he was “disappointed” in himself over a rare error which initially appeared in danger of compromising the team’s race report for stage 11 of the Vuelta a España, specifically the finishing order at the first intermediate sprint.

“Anyone that can confuse whether Alberto Contador and Alejandro Valverde was first to the line is some kind of an imbecile. I want to apologise to these great champions for my lack of respect. I know they are good people who will forgive my oversight. One has served a ban for use of illegal performance enhancing drugs, but with dynamic performances has worked his way back into the public’s affections. So has Valverde. I can’t understand my mistake. It is disappointing.”

“I’ve prepared very hard and well for this Vuelta, and I feel I let my colleagues down,” said a crestfallen Cameron. “However, I remain tranquillo, and have good sensations. I hope to stay focussed and do a good performance in the final,” he stated, immediately recalibrating his emotions.

Team Pez’s respected veteran road captain Al Hamilton, lolling casually on the steps of the team bus, said: “The Vuelta is the Vuelta. We must always respect the race, but sometimes, in the heat of typing, these things happen. No harm was done. We have lost nothing compared to our closest challengers and rivals, and the team is confident that Gordo can redeem himself in the last week of the race.” Hamilton then cruised off to edit some photographs and send pithy emails to PezCycling’s team owner Richard Pestes over Vuelta report scheduling conflicts.

Cameron will now refocus his attentions on Friday’s challenging 13th stage to Obregón Parque de Cabárceno, where he will try to cover the moves, and especially next Friday’s pre-penultimate 19th stage to Cangas do Morrazo with its second-category climbs “ … which suit me well.” 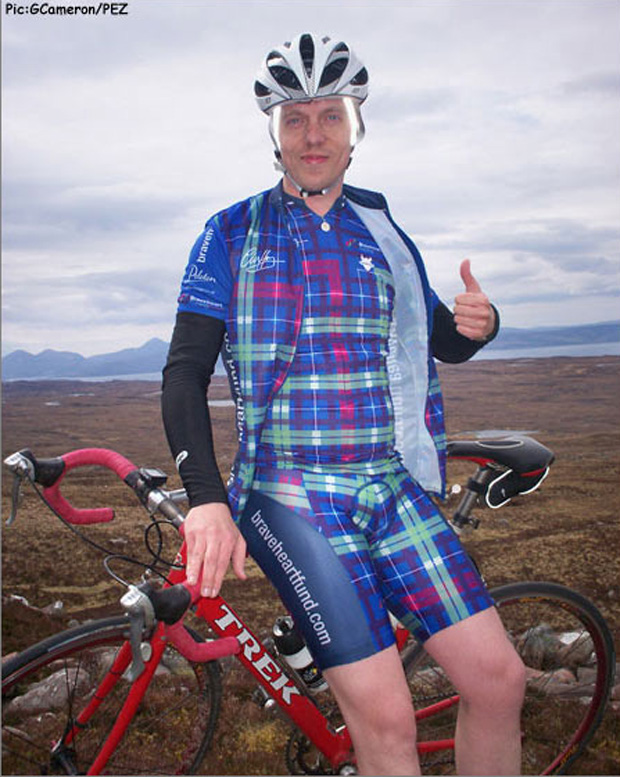 Question marks remain over Cameron’s preparations for this Vuelta. Having run both the Giro d’Italia and the Tour de France already this season, there have been rumors that the rest of his summer was compromised with “excessive carousing” at “music festivals” and watching live “sports” such as “athletics” and something called “rugby”.

He made his PezCycling News team debut as far back as 2002, and is a veteran of six Tours de France and three Giri d’Italia, as well as a number of Classics, such as the Amstel Gold Race, which left him feeling like he’d been “… violated in the thighs by a pitchfork.”

Contador: The next four days will be really hard