Philippe Gilbert seeking a third win at the Belgian Championships

The 34-year-old will be one of the favourites for the 118th edition of this prestigious race.

After the fantastic victory last year at Lacs de l’Eau d’Heure, which followed his first title captured back in 2011, this Sunday Philippe Gilbert will be on the prowl for a third Belgian Road Race Champion jersey on the route laid out in Antwerp, which is hosting the competition for the first time in 11 years.

“Wearing this jersey has been awesome,” explained Philippe. “Up to now, 2017 has been an extraordinary year for me. Winning two Classics as prestigious as De Ronde van Vlaanderen and Amstel Gold Race, with my country’s colours on my back, was a unique experience. These are important moments in the career of a rider, especially because winning with such a special jersey on your shoulders is never simple. The Belgian Champion jersey is one of the symbols of international cycling. Like Italy, France or Spain, Belgium is among the countries where cycling has its roots, where the bicycle is part of the culture. If you page through the Golden Book of Belgian Championships you get a sense of the quality of the race.”

Gilbert, who is currently 5th in the UCI World Tour rankings, reflected on his condition, which he most recently showcased at the famed Tour de Suisse: “I felt good there. The route was challenging but not particularly hard. The victory on the first stage was the icing on the cake. It was a hard day on the bike and the weather was hot, so winning there was an important omen.”

The main difficulties of the 17km circuit which will be covered 14 times by the riders at the Nationals are two cobbled stretches, of 1000 and 400 meters, respectively: “The route for Sunday’s championships is a different story. It’s basically all flat, so on paper it’s not very well-suited to my skills. We have a strong team and perhaps we can try and come up with something, especially as the pavé can spice up the race. The goal is to try and keep the jersey within the team. When you’re on the starting line for a race there is always a chance of winning.”

“Tactically it will also be a complicated race; there could even be an immediate breakaway group with one rider from each team. It has happened before”, continued Philippe, whose both previous wins came after an aggressive race. “It will be important to be patient and take on the race intelligently as a team. Often in the past, everything seemed finished already midrace, but then in the final, things changed in the blink of an eye. It is an unpredictable race and this is why it’s so fascinating. My fans will also be there; they will come well-organized to follow the race and this is another reason to do well.” 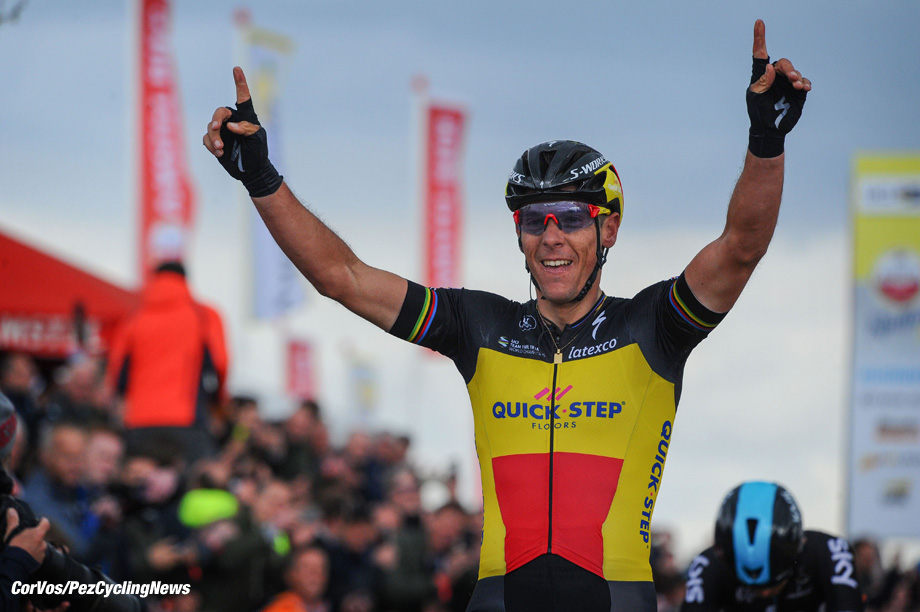 Gazprom – RusVelo Takes a Move Towards the Young Talents