Podium again for LAMPRE-MERIDA’s balance in Tour of Qinghai Lake.

Massimo Graziato obtained the 3rd place in the 6th stage of the Chinese race, the Xihaizhen-Qilian of 205 km.

The course was quite demanding thanks to two Gpm hors category: the second one, at 32 km to the arrival, was at the astonishing altitude ot 4120 mt (photo).
This climb reduced the bunch to 21 riders and Graziato was among them: in the downhill to the arrival, the group could resist to the chase of the bunch, so the attackers could battle in the sprint for the victory, that was obtained by Foster on Grechyn and Graziato.

The Italian rider is now 3rd in the overall classification, a 2″ to the second place (De la Fuente) and at 9″ to the Yellow jersey (Poor Seiedi). 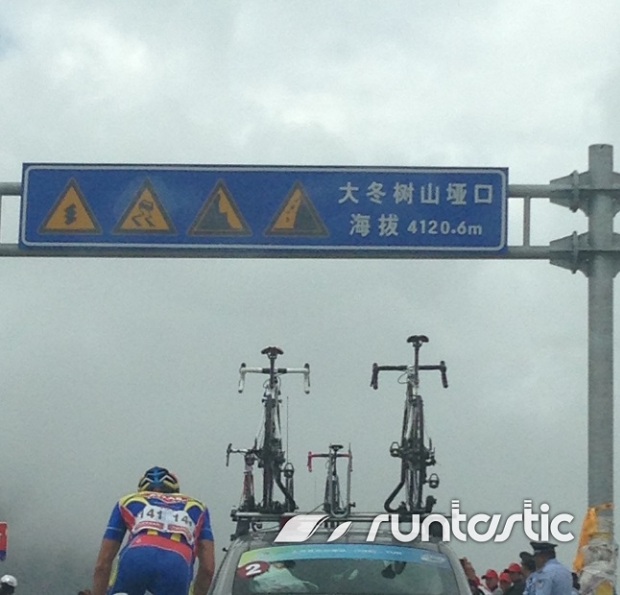