“Poland” at the Tour de France

Record edition: never before have there been so many Polish riders at the start of the Grande Boucle. Comments from Czeslaw Lang.

The spotlight is shining on the Grande Boucle. There are 198 riders representing 22 teams registered for the Tour de France number 101, which will set off from Leeds on Saturday, July 5th to wrap up on Sunday, the 27th on the Champs Élisées in Paris. It will be a record edition for the Polish colours. In fact there are no less than 5 riders from Poland lining up for the 2014 Tour: Rafal Majka (Tinkoff-Saxo), Michal Kwiatkowski and Michal Golas (Omega Pharma Quick-Step), Maciej Bodnar (Cannondale Pro Cycling) and Bartosz Huzarski (Team NetApp) 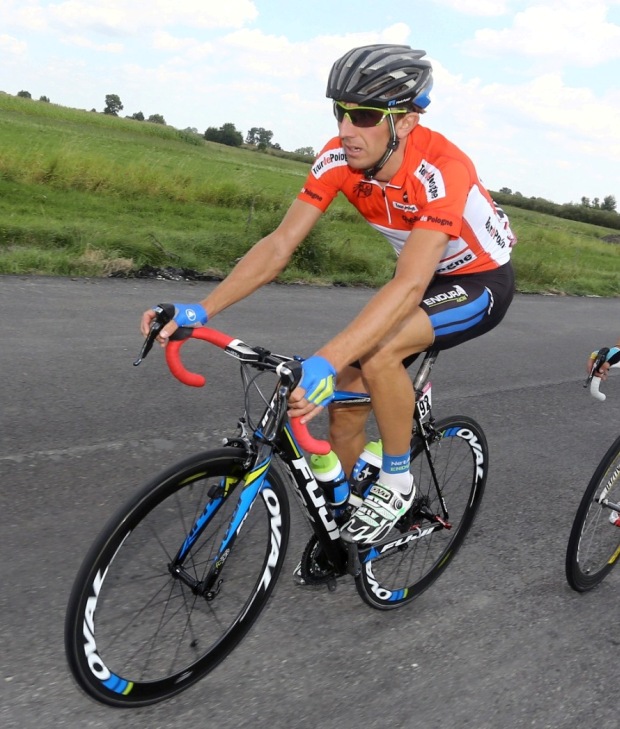 “It’s the first time that Poland is coming to the Tour with such a significant contingent, not only in terms of numbers but also in quality,” explains the manager of the Tour de Pologne Czeslaw Lang. “4 out of 5 of these riders belong to Pro Teams of the highest level. For us this is a source of great pride and satisfaction; it is proof of how the Polish cycling movement has grown a lot in these last few years.” 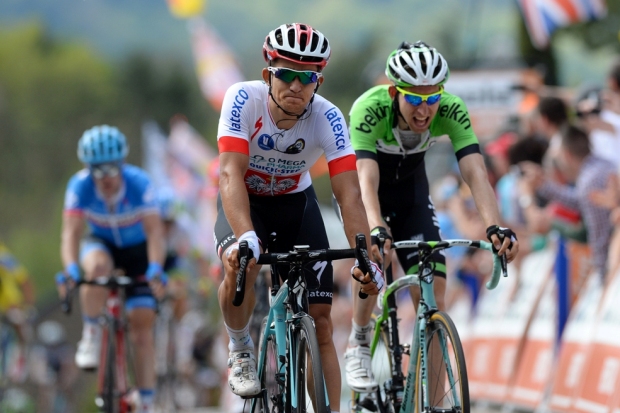 “I like Rafal Majka a lot as a rider. He is an honest guy, friendly, sometimes shy, but when he gets on a bike he becomes a lion; he has an incredible drive to make it to the top and make a name for himself. He’s like a diesel engine, he really loves long climbs. We saw this last year at the Tour de Pologne in the mighty Dolomite stage with arrival at Passo Pordoi, when he wore the yellow leader’s jersey. At the Giro d’Italia he raced as a major player, at the Tour he will be one of the most important men next to Alberto Contador. I’m sure he can really learn a lot from him.” 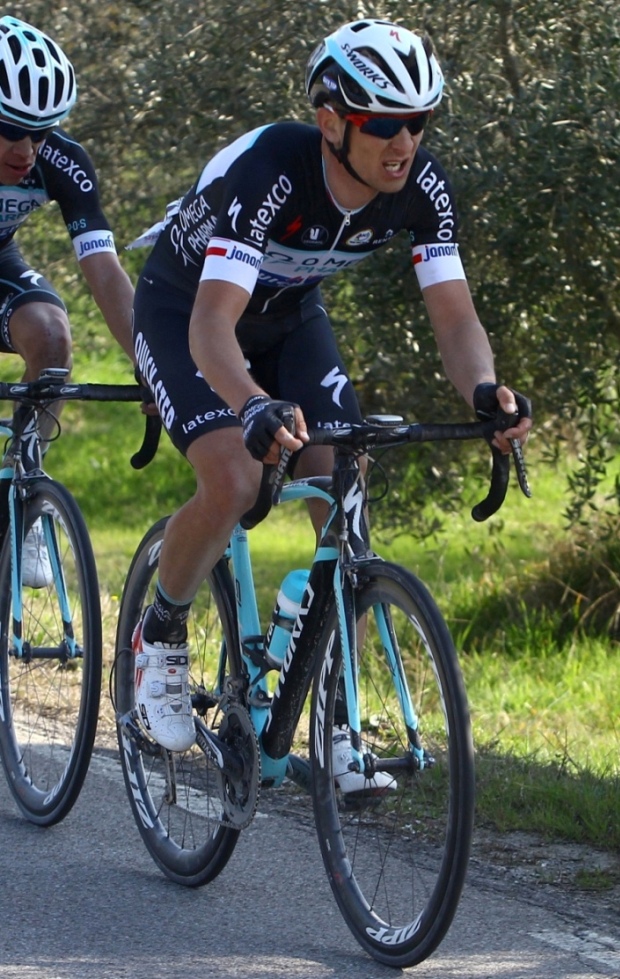 “Then there is the super strong pair, Kwiatkowski and Golas, who ride with the Omega Pharma jersey,” continues Lang. “2014 is turning out to be a year of confirmation for Kwiatkowski. He’s won 7 races, he has been strong both in short stage races as well as in line races; he was 5th at the Amstel, 3rd at the Fleche Wallonne, 3rd at Liege-Bastogne-Liege; never before has a Polish rider obtained such prestigious results in the Northern Classics. He’s grown a lot both on climbs and in time trials; recently he won the National title in the time trial. He’s a guy who has an incredible vision of the race; he moves well in the pack, he’s always out front and in the right place at the right time. It’s hard to tell if he’s a man for the classics or the major stage races, someday I’d like to see him as a major player in a World Championship or the Olympics, but I think he still needs to fully discover his possibilities. Kwiatkowski will be able to count on an important backup like Golas. He has a few more years of experience than him; he’s a valid rider, serious, a great worker. It’s important to have a friend like that in the group who you can always count on.” 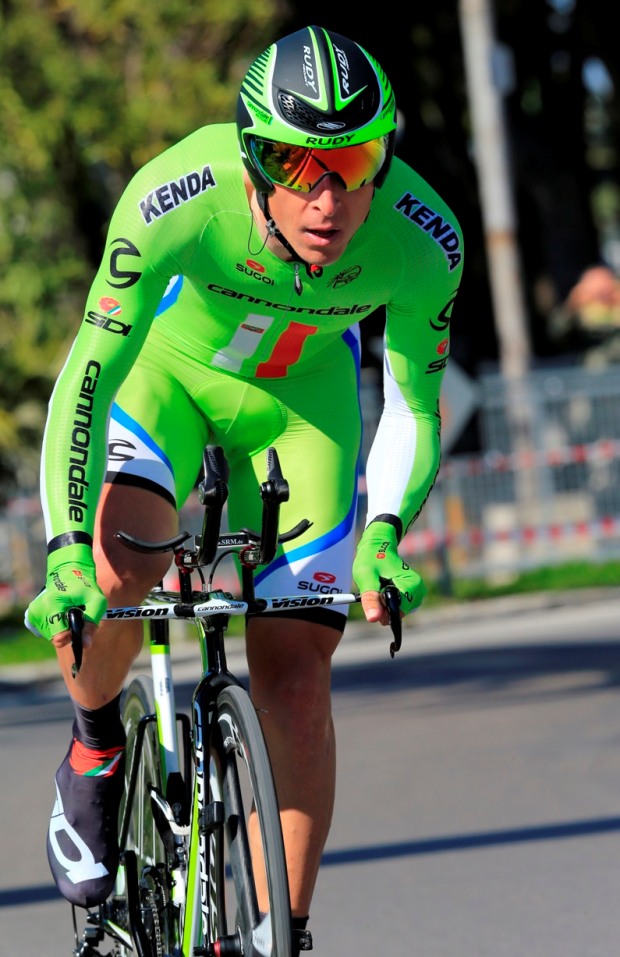 “Maciej Bodnar instead is a typical team player. He’s always ready to work for the captains, to stay out front and pull the group, and he’s not afraid to get wind in his face; he has skills as a great pacer, he’s also an excellent chrono man. He will be an important man for Peter Sagan, but perhaps down the road he will get the chance to stand out in some breaks. Same goes for Bartosz Huzarski, who is a born attacker. At the Tour de Pologne last year he won the jersey for most combative rider, at the World races in Florence he starred in a very long breakaway. At the Tour de France he will definitely be free to make some moves to try and stand out.” 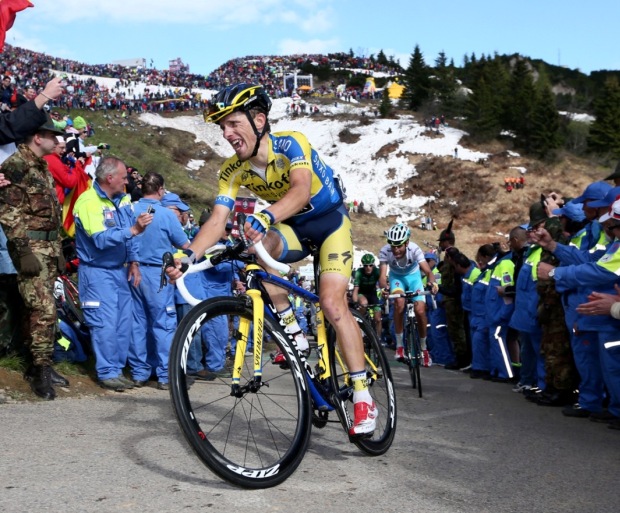 “I hope to see them all as protagonists again in August on the roads of the Tour de Pologne, in particular Kwiatkowski and Majka, but a lot will depend on the condition they’re in when they come out of the Tour de France. These riders are the result of the great work done in Poland these last years. I believe that having good riders in a country is a living movement, it is essential to organize races that are up to par,” continues explaining Lang. “I usually say that when there is an important theatre then important actors can also grow. This is the spirit with which we have tried to expand the Tour de Pologne and also the cycling movement in our country, starting to work with children and young kids. From this aspect the Nutella Mini Tour de Pologne is playing a fundamental role; every year it brings hundreds of children into contact with cycling, children who might be our champions of tomorrow. Before their eyes they have the extraordinary example of Michal Kwiatkowski, who scored his very first victory on the very same roads of the Mini Tour de Pologne.’ 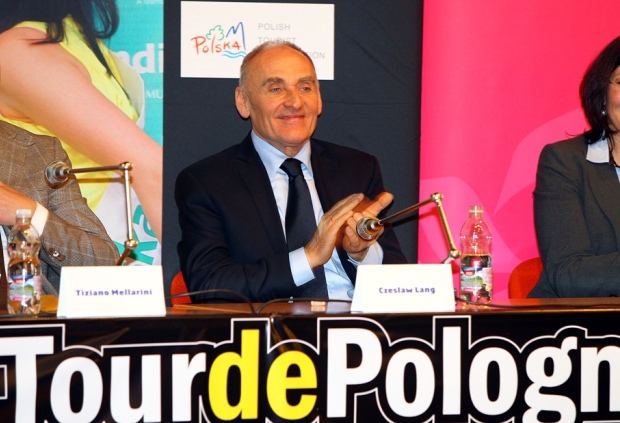