Polar, the pioneer of wearable sports and fitness technology and the leader of heart rate monitoring for more than 35 years, is happy to announce that they are a part of the GoPro Developer Program and are using GoPro toolkits to introduce GoPro functionality into the Polar V800 GPS multisport watch later this year. The V800 provides smart, accurate and live monitoring of various training sessions such as cycling, running and swimming, and also tracks 24/7 activity and sleep. Polar will integrate GoPro capabilities later this year allowing V800 users to operate GoPro cameras and inject performance and heart rate meta data into the GoPro camera as it films. Polar is among the first developers that have access to GoPro toolkits that will enable Polar to connect with GoPro products. The Polar V800 is a high-performance, waterproof GPS multi-sport watch designed for professional and devoted athletes. 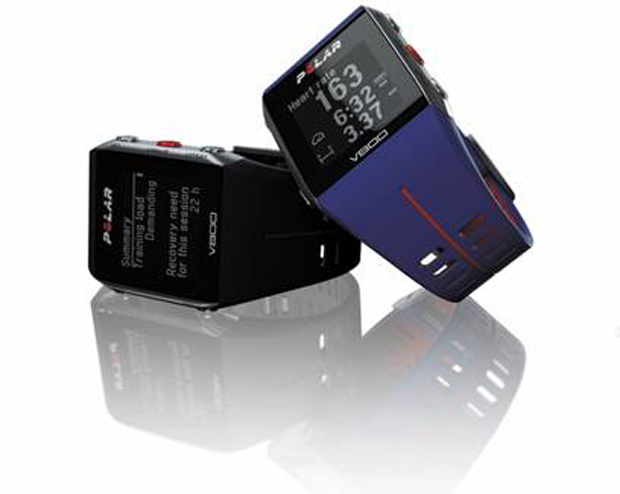 See the upcoming Polar V800 and GoPro capabilities here:
“The Polar V800 is a world-class device that is recognized by athletes around the globe, so it made sense to introduce a new dimension of the sport experience to our flagship product,” says Marco Suvilaakso, Global Product Director at Polar. “The upcoming GoPro functionality takes reliving an event like shredding down a single track with your mountain bike or ascending up a huge climb during your epic trail run to make it an even deeper experience. Now users can relive events or training sessions with a video, and see their contextual data overlaid so they can know exactly how fast they were moving, the altitude, how many miles into the event they were and how hard their bodies reacted to every incline, wave, finish line or any other moment in their sports adventure.”

Additionally, runners and riders will be able to use the V800 to operate basic commands on their GoPro camera. This will make it even easier to operate the camera, see when the camera is filming or not and view how much battery remains on the GoPro.

The Polar V800 provides customizable profiles for a multitude of sports and seamlessly changes between sports, recording full performance metrics and transition times. It offers a host of other unique features including heart rate while swimming, altitude readings via a built-in barometric pressure sensor, and a variety of both indoor and outdoor swimming metrics such as distance, time and pace, stroke rate, and calories. Users can view the recorded route following their swim in the Polar Flow app and web service.

The Polar V800 is available now for $499.95 at www.polar.com/v800. Current users can update their Polar V800 with the latest GoPro integration via a Polar Flow software update coming later this year.

About Polar
Polar is the leading pioneer in heart rate monitoring, activity trackers and training computers. With nearly 40 years of experience and a proud heritage in innovative physiological and sports medical research, we cater to all levels of fitness by offering a comprehensive product range including cycling computers, wearable sports devices and activity trackers, training apps and online services. Our award-winning training computers are the number one choice among consumers worldwide, being sold through over 35,000 retailers globally. Headquartered near Oulu in Finland, Polar is a privately held company that operates in more than 80 countries including U.S. headquarters in Lake Success, NY. For more information, please visit polar.com.