Neilson Powless did not let a slide from fifth to ninth overall on Sunday’s final stage of the Amgen Tour of California spoil an otherwise impressive performance by the youngest rider in the race.

The 19-year-old Axeon Hagens Berman Cycling Team rider from nearby Roseville, California, earned SRAM “best young rider” honors despite the loss of nearly a minute due to a crash on the second of three laps of the finishing circuit.

“Around the last corner, going into the finishing straight, I came around the corner and heard brakes screeching,” Powless said. “I was on the outside, which was probably the worst spot to be on because people crashed in front of me all the way to the gutter. So I had to stop and get around them. By that time, everybody who was in front of the crash was long gone.” 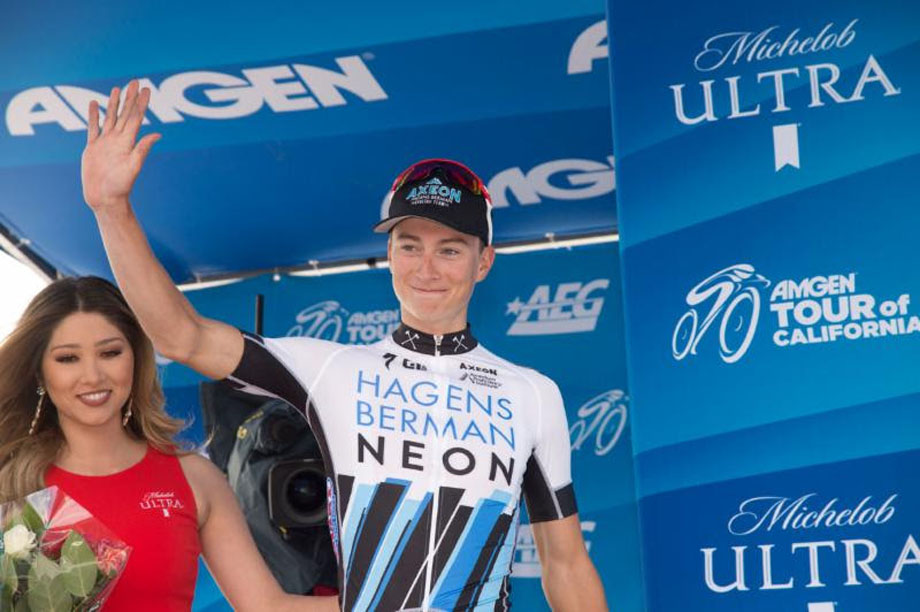 California native and resident Neilson Powless finished as the SRAM “best young rider” of the Amgen Tour of California. (Photo ©Casey B. Gibson.)

“I had two teammates with me – Will Barta and Geoffrey Curran,” Powless said. “We started chasing but there was no way we could match the lead outs. So we salvaged what we could and kept the jersey. I am super happy with that and still being in the top 10. I can’t get too down and out about it because I came into the race just hoping to get some experience.”

In the final general classification, Powless placed 1:57 back of race winner Julian Alaphilippe (Etixx-Quick Step). A pair of BMC Racing teammates, Rohan Dennis and Brent Bookwalter, were second and third.

Powless was in good company in the top 10. Dennis is a Tour de France stage winner and two-time member of BMC Racing Team’s world team time trial squad. Bookwalter was runner-up at the USA Pro Challenge last fall and the Tour of Qatar in 2013. Lawson Craddock (Cannondale Pro Cycling), who slotted into fifth because of Powless’s crash, is a past Axeon Cycling rider. The 2008 Olympic road champion, Samuel Sánchez (BMC Racing Team), was sixth. Also ahead of Powless, in eighth, was Jurgen Van den Broeck (Team Katusha), who has top 10 finishes in all three of cycling’s grand tours.

“Neilson was the real revelation of the Tour of California,” Axeon Hagens Berman General Manager Axel Merckx said. “He has a shot at winning this race someday. But for now, he is growing and developing. We can’t forget that he is only 19 and has a big future.”

Equally as impressive for Axeon Hagens Berman was its runner-up finish in the team standings. The program that is out to “Prove It” was sandwiched between three American WorldTour squads: BMC Racing Team in first and in front of Trek-Segafredo (third) and Cannondale Pro Cycling Team (fourth).

“This result tells me the depth of the team we had here,” Merckx said. “The team GC (general classification) is based on the top three from every stage and not from the overall. So three guys performed really solid every day of the tour. Only being second to BMC Racing Team is absolutely crazy to think about. If you would have told me before the race that we would finish that well, I would have never believed it. I thought even a top 10 of the team GC would be great.”

Merckx said each rider played a key role in the eight-day race that started in San Diego. Among the highlights were Barta and Daniel earning the Amgen Breakaway from Cancer® Most Courageous Rider jersey on Stages 2 and 3. Guerreiro finished seventh on the opening stage, Powless was fifth on Stage 3, sixth on Stage 4 and 10th in Friday’s individual time trial. Daniel and Neilands were part of breakaways on Stages 3 and 4 and Stages 7 and 8, respectively.

“Everybody had an input on the team GC and Neilson’s overall result,” Merckx said. “Between pulling for him, protecting him, giving him wheels and bringing him back, it was really a team effort. The guys were willing to help each other and accomplish this result. We had a lot of bad luck – especially today – which cost us four spots overall. But more importantly, the guys never gave up. They worked well together all the way to the end.” 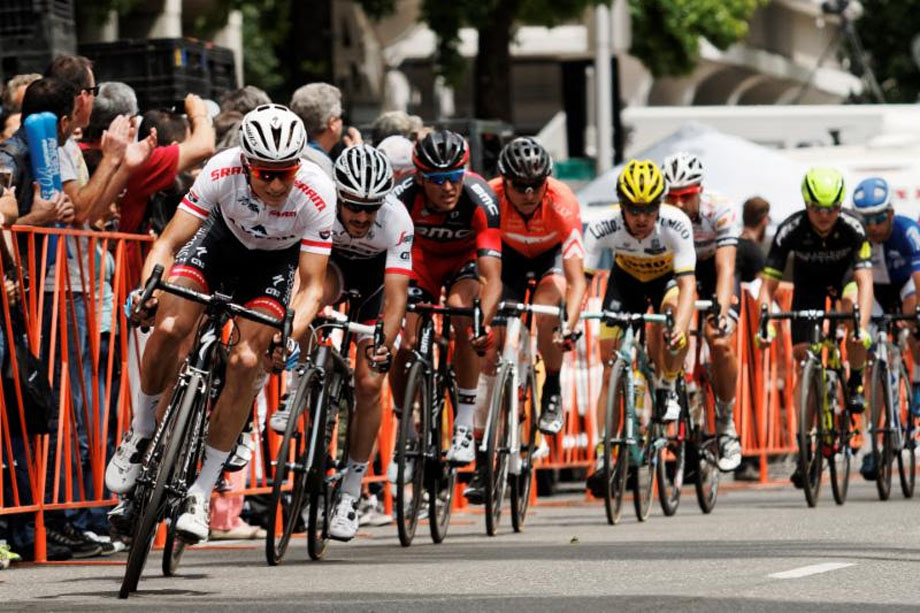 Neilson Powless (leading) was forced to chase back after a late-race crash. (Photo by Davey Wilson.) 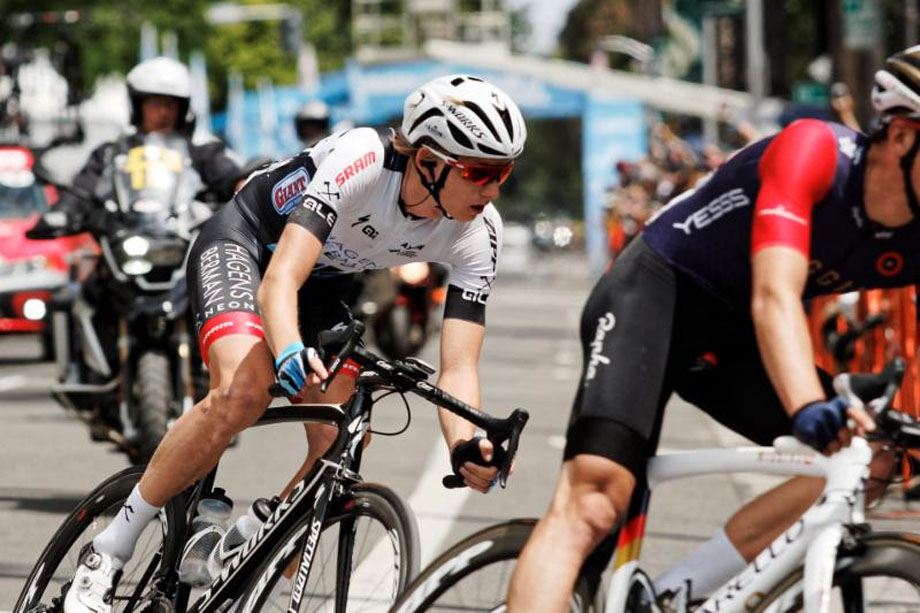 Latvian Under 23 national road champion Krists Neilands was part of a breakaway that was only caught in the last kilometer of Sunday’s race. (Photo by Davey Wilson.)