Neilson Powless and his status as the “SRAM best young rider”cleared another hurdle in his quest for a strong finish in his first Amgen Tour of California.

The 19-year-old was one of three riders from the Axeon Hagens Berman Cycling Team to finish in the top 25 of Saturday’s individual time trial in Folsom. Powless was 10th while fellow Californian Geoffrey Curran uncorked a stunning ride to finish 12th and Tao Geoghegan Hart was 22nd.

Powless conceded 52 seconds but moved up one spot in the overall standings, to fifth, with two days of the race to go. The youngest rider in the field of 139 said he had to really concentrate to push through a gusty wind that only grew stronger as the day wore on. 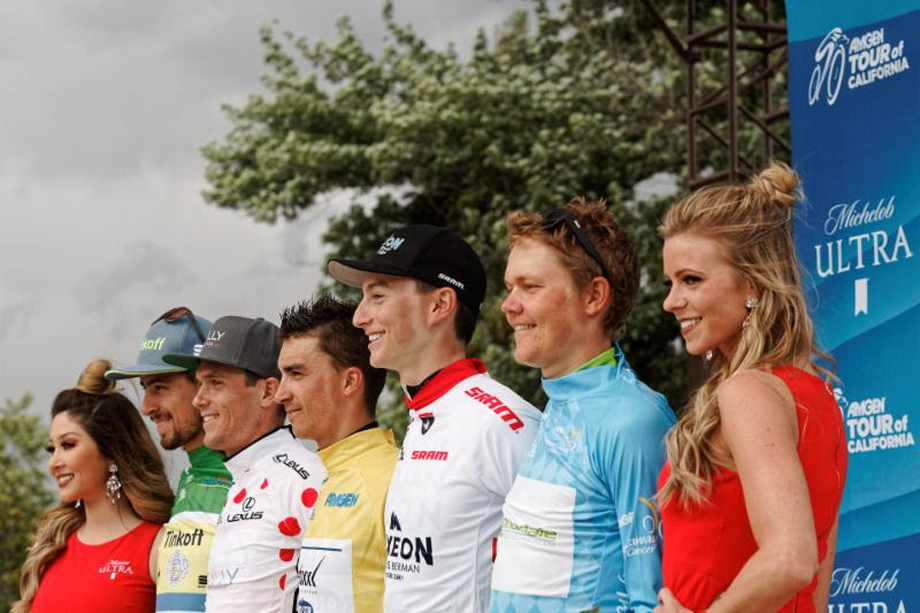 “I was holding onto my bars as tightly as I could and staying as firm as possible to be ready for the gusts that were coming,” Powless said. “I wanted to make sure I didn’t lose it on those gusts.”

“Today was going to be the real test to see if I could hold the jersey. From here, I think I will have a little more relief than I had today.”

Powering his Specialized S-Works Shiv time trial bike through streets only 20 minutes from his hometown of Roseville, Powless received loud cheers and fan support all along the course. Not too many years ago, he was one of those fans cheering on riders in the Amgen Tour of California.

Curran was one of the surprises on the day. When he crossed the finish line midway through the day’s line-up he was in fourth place. The Tuscan, California, resident eventually finished 12th, only nine seconds slower than Powless’s time.

“I knew I had done a good ride, just based off of feel and the numbers,” Curran said. “It is definitely not surprising, but definitely a little bit different than usual.”

In the overall standings, Julian Alaphilippe (Etixx-Quick Step) held onto the overall lead for the third straight day. Dennis shot up to second overall and is 16 seconds back. His BMC Racing teammate, Brent Bookwalter sits third, 38 seconds back. Powless is 68 seconds off the lead and one of seven riders less than 90 seconds back of Alaphilippe.

Saturday’s stage is a 175.5-km looping course that starts and finishes in Santa Rosa. Featuring six categorized climbs, Geoghegan Hart said he and several other Axeon Hagens Berman riders are familiar with the challenges it poses.

“We did this course in training camp two years ago,” Geoghegan Hart said. “So myself, Logan Owen and Geoffrey have done it before. It is definitely the type of roads that are good for splitting things up – they’re narrow and twisting and it will be windy at the top of the climbs. If it is raced the way that it is conducive for it, there will definitely be some splits.”

In Friday’s time trial, all eight riders on the Axeon Hagens Berman Cycling Team were using the new SRAM eTap Clics extension shifter buttons. They allow riders to effortlessly change gears without changing their hand position. The aerodynamic extension shifters fit in the end of any extension with an inner diameter of 19-21.5 millimeters. 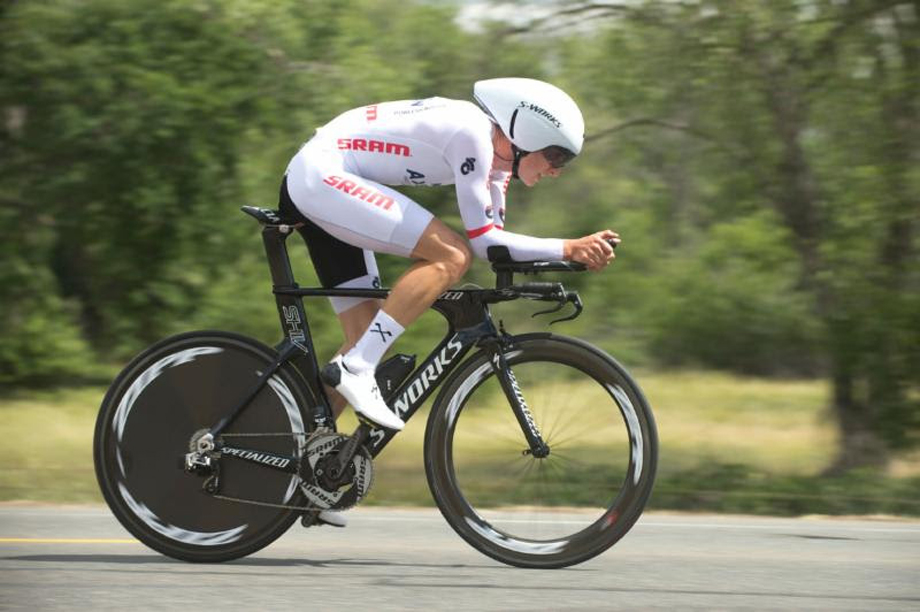 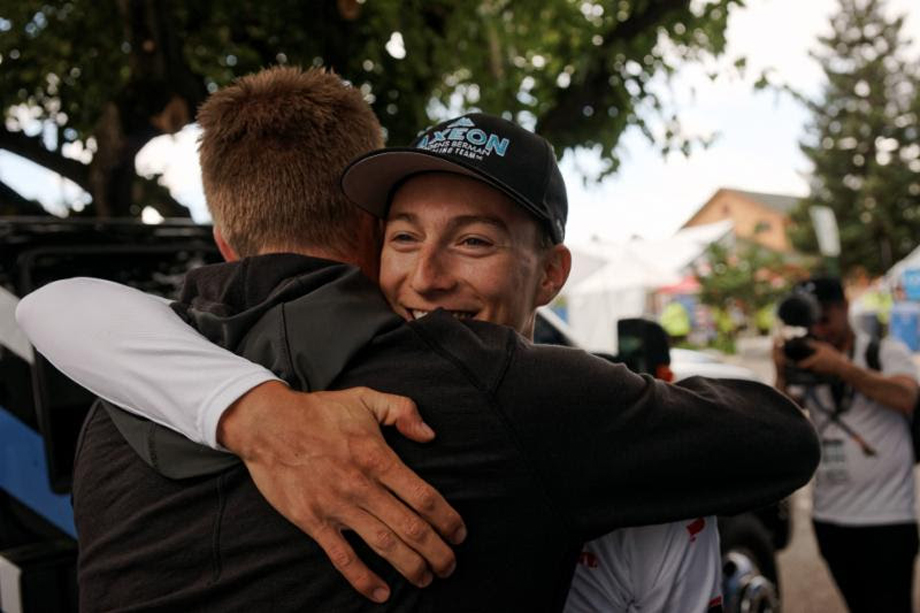