Starting on Monday, August 10, Team Dimension Data for Qhubeka will take on Artic Race of Norway with a strong and highly motivated group of riders.

The opening day of the Norwegian stage race is an undulating stage from Engenes to Narvik. The riders will have to overcome three categorized climbs before a slightly uphill finish. Those targeting the general classification can’t afford to miss out on this first day of racing.

Stage two is a chance for the sprinters to shine before the riders take on the most challenging finish in the race on stage three. The final 5.2 km in Finnvikdalen has an average gradient of 4.9 %, giving the strong puncheurs a chance to move up in the general classification. The fourth and last stage of Artic Race of Norway starts and finishes in the city of Tromsø. The peloton ends the race with three laps of 13 km on a circuit including two small hills.

Team Dimension Data for Qhubeka lines up with the following six riders: Ben O’Connor, Bernhard Eisel, Nicholas Dlamini, Adrien Niyonshuti, Jaco Venter and Amanuel Ghebreigzabhier who will make his debut for the team as stagiaire for the remaining part of the season.

Rolf Aldag – sports director:
“We come here with a team where everybody will have a chance to show themselves. We want to be visible and race aggressively. Ben [O’Connor] has been on a good run lately, winning a stage and finishing fifth overall in Tour of Austria. He will definitely be a good card for us to play in the GC. For our two stagiaires, I think this is a great race for them to get integrated on the team”. 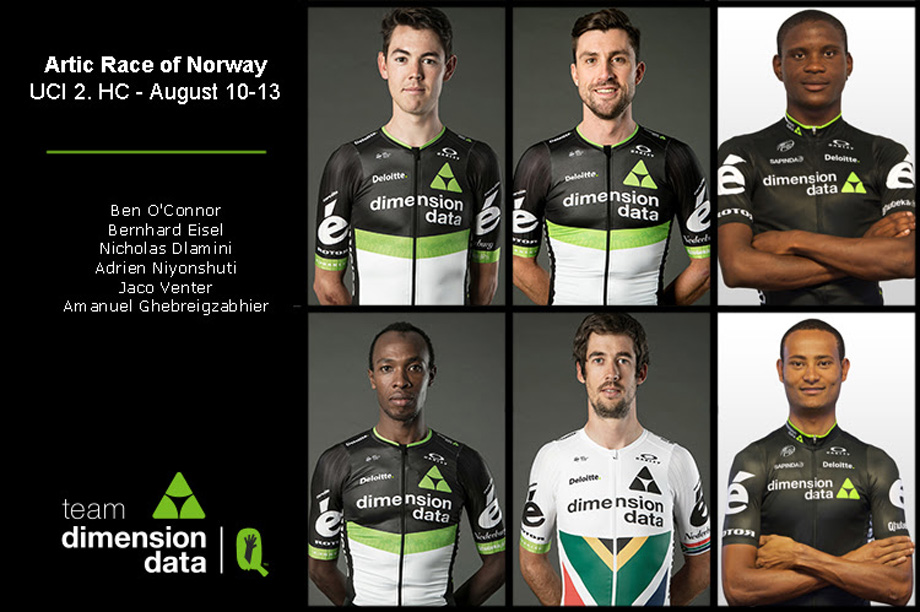