Team Dimension Data for Qhubeka will be racing the UCI 1.1 Paris-Bourges. The 190km French event starts in Gien and ends in Bourges after meandering its way through the countryside of Cher.

Recent years have seen the sprinters have their way at the Paris-Bourges and this year it would seem to be no different. There are a few undulations for the peloton to deal with in the middle part of today’s course but the mostly flat to downhill final 30km definitely lends itself well to the teams with favoured sprinters. The weather could end up being the most influential factor, especially with strong winds and rain a cause for concern in this region.

Team Dimension Data for Qhubeka will start with an almost all African Team today as we look to stand on the top step of the podium come Bourges this afternoon. Kristian Sbaragli, Youcef Reguigui and Ryan Gibbons are our 3 fast finishing men for today’s race and the plan will be to get them to the final in good shape. The team behind our sprint trio is made up by Jay Thomson, Johann van Zyl, Songezo Jim and Adrien Niyonshuti.

The pure bunch sprinters, Nacer Bouhanni (Cofidis), Bryan Coquard (Direct Energie) and Sam Bennett (Bora-Argon18) will be the race favourites today and a mass sprint is what they will be hoping for. Our African Team will be hoping the wind blows as a harder race that sees a smaller selection in the final certainly suits our fast finishers better.

Jay Thomson – Rider
Paris-Bourges is normally a late season sprint race to the south east of Paris but today’s race will be interesting if the wind forecast lives up to expectations. There are also a number of guys doing their last hard day’s before worlds next weekend here, which adds another element to the race. We have a well-balanced and strong team here and we will look to be part of the action when the wind blows and hopefully we can put our 3 sprinters in the perfect position to do something in the sprint finish. 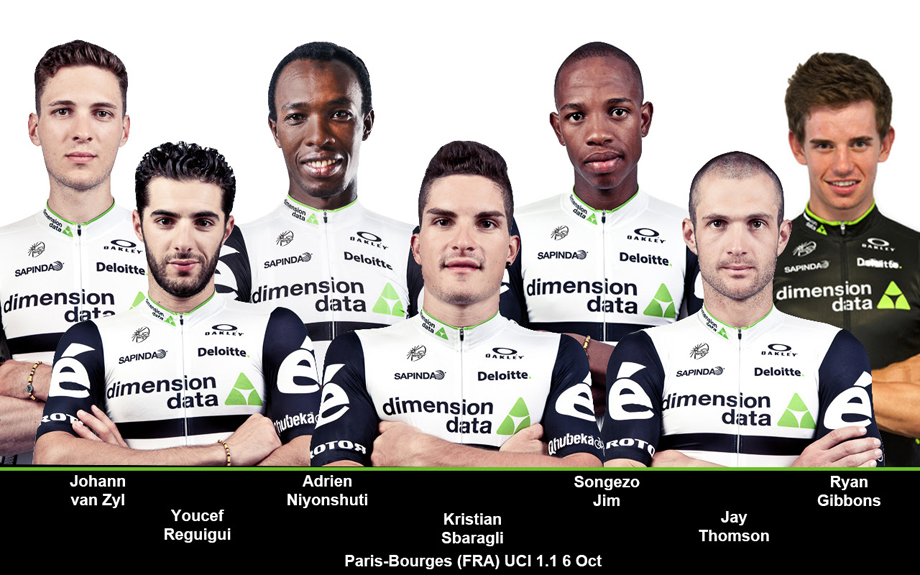