Team Dimension Data for Qhubeka are all set to start the 13th edition of the Tour of Britain on Sunday as the defending champions. The 8 stage tour will conclude in London on Sunday 11th of September.

Last year the Tour of Britain was a magnificent event for our African Team as Edvald Boasson Hagen showed his class and consistency to take an excellent overall victory. Team Dimension Data for Qhubeka are looking forward to defending our title from last year, even though Boasson Hagen won’t be on the start line in Glasgow this Sunday.

We will start the Tour of Britain with a powerful 6 rider team, spearheaded by our Tour de France heroes, Mark Cavendish, Steve Cummings, Bernie Eisel and Mark Renshaw. It will be Cavendish’s first road race back after his fine silver medal performance in Rio and he will no doubt be looking to see how the legs respond on the stages ending in bunch sprints.

With the Tour of Britain including an individual time trial on stage 7 this year, Cummings will be a force to be reckoned with as the race against the clock will suit his capabilities and possibly set him up well in the overall classification. Renshaw showed his finishing form is on the rise too with a 2nd place at the Ride London Classic and a 7th at Cyclassics Hamburg. Eisel, as always, will captain our team out on the road.

Johann van Zyl and Jay Thomson will be providing the muscle to support our team’s goals at this year’s Tour of Britain and our South African duo have also proven their worth in numerous breakaway’s too this year. With no stand out Queen stage, exciting racing is expected each and every day and our African Team look forward to being key animators of this great race.

Bernie Eisel – Rider
I am really looking forward to racing Tour of Britain again. After looking through the stages, this year’s race will probably be the toughest one yet. The last stages have 3000 to 4000m of climbing, and that’s in Britain so you know it’s just going to be up and down all day. 6 man teams, it will be very tough to control the race and I think we will see the overall lead changing hands many times. Semi stages are also always very hard, a super hard stage and a time trial on the same day, that is going to be a game changer. I am looking forward to finding some good shape for the Worlds and also to build up for the first big goal, Eneco Tour by racing here at Tour of Britain. Let’s see if we can win 1 or 2 stages with Mark Cavendish and play a role in GC. We definitely going to try and show the jersey by winning stages, going in breakaway and by having fun out there. 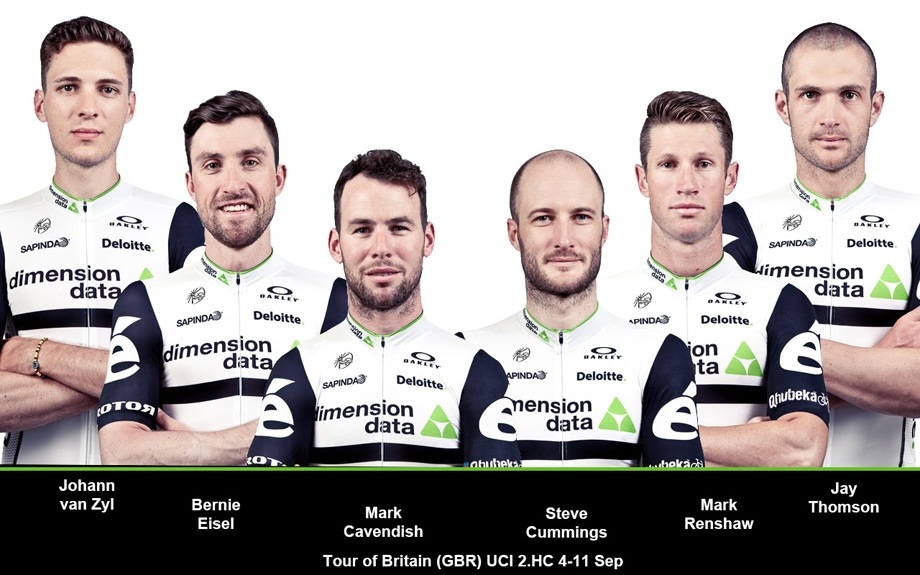 Wanty-Groupe Gobert to the Tour of Britain