Eating is an essential part of cycling. Keeping energy levels up and refueling during a ride is one of the most important aspects for a rider to reach the performance level his talent and fitness allow. Tinkoff-Saxo discovered that the same holds true for mountaineering, as we brought no less than 800 ProBars to Kilimanjaro in our backpacks.

A total of 72 members were part of the team-building expedition in Tanzania with the goal to reach the top of Kilimanjaro. Before starting the climb we put all equipment on the ground to get a full overview. We had clothes, spare shoes, tents, torches, cameras… and ProBars in big volumes.

Earlier this year, we partnered with US-based ProBar, which supplies riders with high-quality energy sources. Refueling isn’t just about getting enough calories but also the right supplementary nutrition to support optimum performance. Each bar or meal replacement contains real and organic food such as whole grain, raisins, nuts, honey, oats, seeds and fruit. 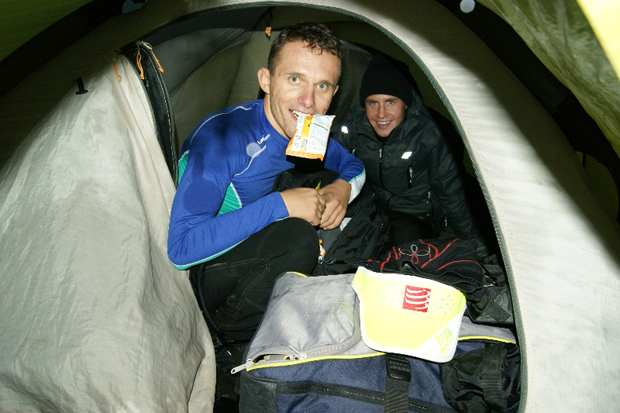 Jason Lambert from ProBar explains: “Our products are free of GMOs and either Certified Organic or contain Organic Ingredients and in general the athletic community seems to be gravitating toward real food nutritional approaches, which fits right in line with our company mission and the products we supply”.

As the riders and staff ascended the mountain it became evident that the sustained effort of climbing ten hours a day required a high-energy source. Normally, we use ProBar as our “solid food” source during races but we found that it was just as versatile as a meal replacement on Kilimanjaro. Rafal Majka, declared ProBar-fan, tells why:

“I had my own stash in my backpack. But everyone was eating ProBar all the way to the summit. We brought nearly 800 of them! I thought about it when I got home. And I think it is because the bars and meal replacements contain real food with an ideal ratio between carbohydrates and fat… and chocolate of course”, explains Rafal and smiles. 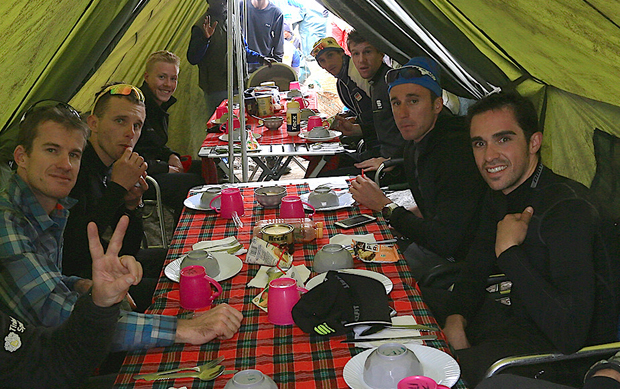 Carbohydrate-rich food should be the main energy source during a ride, race or a climb – but not the only one. WorldTour riders can spend as much as 7,000 calories during a long stage just like a strenuous day on Kilimanjaro. For extended periods, the riders also rely on energy from fat deposits in the body and from complex carbohydrates.

“Every day on Kilimanjaro was like a long mountain stage. It’s important to eat food that deliver a slow but steady energy supply, just like in a stage, where I only eat gels in the last 90 minutes of a race. Before that, I eat sandwiches prepared by the soigneurs, fruit and ProBar’s meal bars, which have an ideal amount of fat in relations to the sugar”, says Rafal Majka.

51 of 72 team members reached the summit and an estimated 1.9 million calories were burnt by the entire team during the six-day expedition to the roof of Africa!

Tips for refueling on a ride

Together with ProBars and Rafal Majka, here is a guide to cycling food and nutrition. Follow these ground rules and you should be able to survive long rides, while having enough left in the tank for the final climb or sprint. 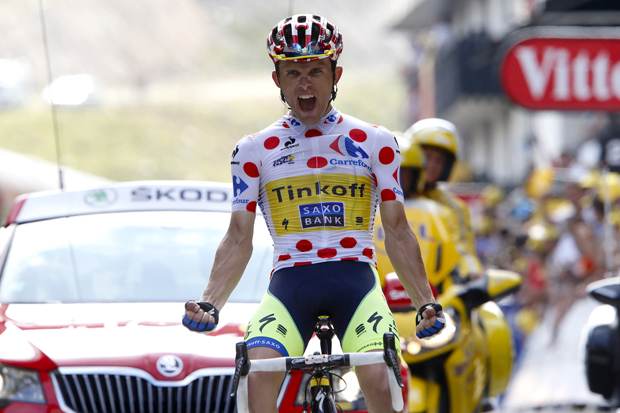 Don’t wait until you’re hungry
When riding, especially for more than 90 minutes, it’s vital to eat regularly – preferably every 20-30 minutes. Don’t wait until hunger sets in. By then you’re already beginning to run out of energy. During intense efforts, aim at getting 90 grams of carbohydrates per hour – equal to two ProBars Bites and a banana.

Remember the GI Index
Foods, such as gels, with a high glycaemic index increase the blood sugars rapidly. Foods, such as whole grains, with a lower GI raise the levels gradually over time. So remember: real food and raw food bars in the beginning of the race. Gels in the finale!

Don’t forget before and after
Load up before a race by eating healthy fats and a lot of complex carbohydrates mixed with good protein sources such as meat or omelets. After the race, aim at getting around 150 grams of medium GI carbohydrates and 40 grams of protein – especially if you’re planning to ride again the next day. A ProBar Base and chocolate milk should do the trick.

Stay hydrated
The facts are there. The science is very clear. When you start feeling thirsty it’s already too late. In fact as soon as you feel thirsty you’ve lost two percent of your body water – and 11 percent of your power output. So remember to drink water regularly depending on the effort level and weather. 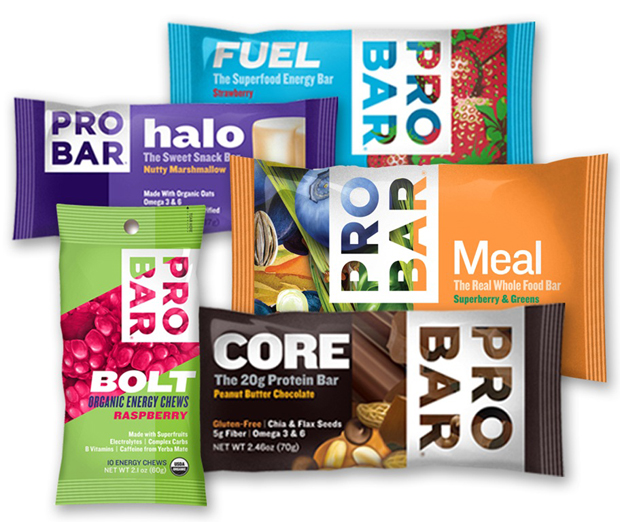 LAKE GARDA Contest: The WINNER IS!