U.S. Largest Competitive Road Race Series Draws Thousands Worldwide and Coast to Coast.
With a growing worldwide reputation and named a “bucket list” event by Bicycling magazine, Tour of America’s Dairyland (ToAD) presented by Kwik Trip, rolls again through Wisconsin June 18-28, 2020. The 12th annual edition of ToAD, which is the U.S.’s largest multi-day competitive road bike racing series, will see the return of bike racing to Greendale and Manitowoc after more than a decade hiatus.

About 70 percent came from outside of Wisconsin including 15 countries with Australia sending the largest international contingent of more than two dozen riders, followed by Canada and New Zealand. In the US, racers traveled from 37 states with California and Colorado fielding the most riders from outside the Midwest. 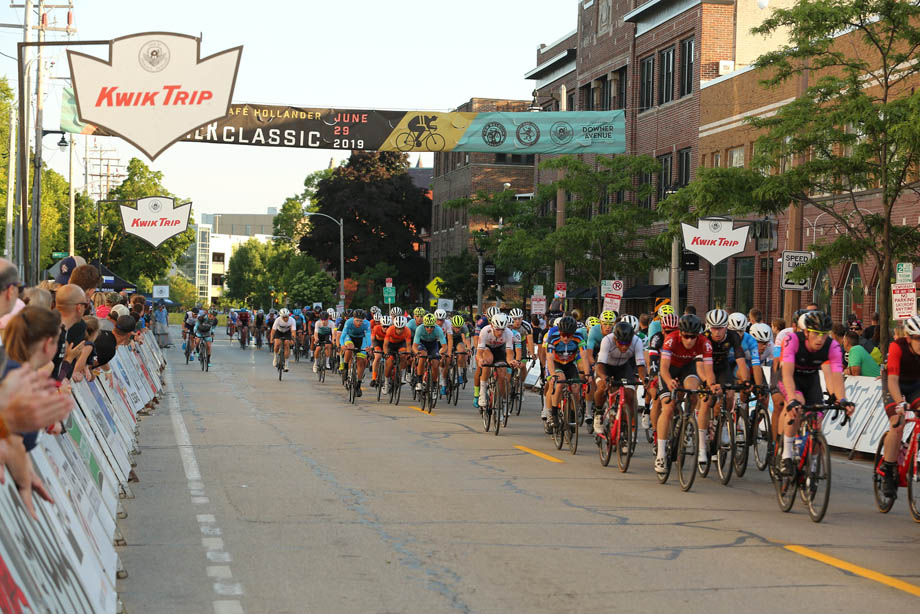 “While exciting events including the USA Triathlon National Championships and Ryder Cup come and go, Tour of America’s Dairyland and the world class race experience we deliver has been a mainstay on the Wisconsin sports tourism calendar for more than a decade,” said Bill Koch, ToAD executive director. “Our host cities eagerly await and plan for the opportunity to show off their communities to the thousands of visiting racers and fans, as well as those who follow those visitors’ social media feeds.”

With the Village of Greendale addition to the ToAD 2020 schedule, cyclists will race through the only Wisconsin city designated as National Historic Landmark. ToAD participants and spectators will find a city rich in heritage with beautiful lush green spaces, boutiques and charming restaurants.

“Greendale is the perfect venue to host bike racing,” said Village Manager Todd K. Michaels. “We’re an active community with parkways, paths and walkways, and our historical downtown area will provide a unique destination for participants and visitors. Past races have been well received and we look forward to welcoming the Greendale Gran Prix as a fun and new event for our local community.”

At the Manitowoc Maritime Classic, racers will start and finish in front of the Wisconsin Maritime Museum, one of the finest museums of its kind in the U.S., as ToAD returns to the lakefront city for the first time since the series launched in 2009. Manitowoc is ToAD’s only Northeastern Wisconsin stop. John Brunner, owner of The Fitness Store, founded the Maritime Classic in 1989 and spearheaded its 2020 return along with Mayor Justin Nickels.

“I am excited for ToAD to return to Manitowoc and Northeast Wisconsin! Our focus the past few years has been on revitalizing our beautifully historic downtown, located directly on the shores of Lake Michigan and Manitowoc River,” Mayor Nickels said. “Bringing back events like ToAD will be a great way to showcase all the great things happening in our community.”

“Manitowoc’s downtown has come alive with the opening of new restaurants, bars and attractions, as well as new events and festivals. These and other dynamic businesses are bringing people to our downtown area,” Brunner added. “Mayor Nickels and I believe the climate and excitement of Manitowoc’s downtown make it ripe for the spectacle of bicycling racing.”

Aside from a fast racecourse, cyclists can enjoy warm up and cool down rides along the six-mile Mariners Trail which runs directly along Lake Michigan and is the longest stretch of uninterrupted lake view in the state. For riders and fans alike, Manitowoc plans several special race day events including live music.

ToAD attracts racers ranging in age from pre-teens to sixties. As hoped, ToAD saw an increase in the number of riders age 40 and older in 2019 with the launch of abbreviated race age and category competitions designed to accommodate work and travel schedules. Based on that success, ToAD will increase the number of category-condensed competitions within its 11-day 2020 schedule. 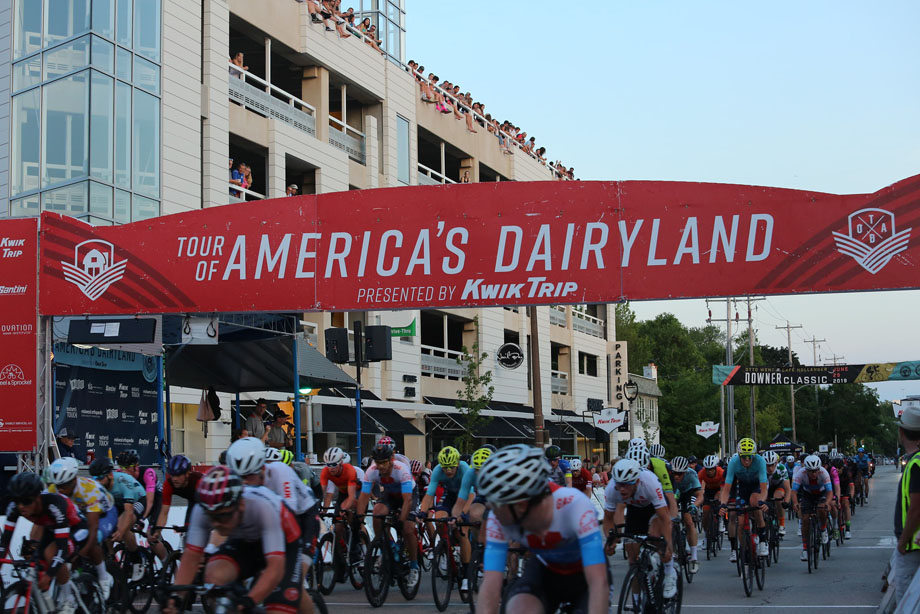