A strong and versatile squad is ready to take on the prestigious race created in 1908.

The second-oldest stage race in the world, the Belgium Tour boosts a long history and an impressive list of winners, from Classics specialists to Grand Tour champions. This year, between 24-28 May, it will run its 87th edition, one that will follow the pattern of the previous years: four road stages, each with a different route, and an individual time trial which should play an important role in the final outcome.

Besides the 13.4km-long stage 3 against the clock, there will be crosswinds, there will be cobbles and there will be steep and punishing hills, many of which are a constant feature in the Spring Classics: Monteberg, Kemmelberg, Aux Houx, Côte de Maquisard, Their des Forges or Roche au Faucon – all set to provide plenty of opportunities to the overall contenders in Belgium’s most important stage race.

A winner of the event back in 2011, Philippe Gilbert will return to the race six weeks after sprinting to victory in Amstel Gold Race, which he won for the fourth time in his career, a resounding performance that put the 34-year-old just one victory shy off Jan Raas’ record.

The Belgian Champion won’t be the only rider of the team to come back to action after recovering from injury, with Niki Terpstra – who hasn’t raced since last month’s Paris-Roubaix – also slated to line up at the start. 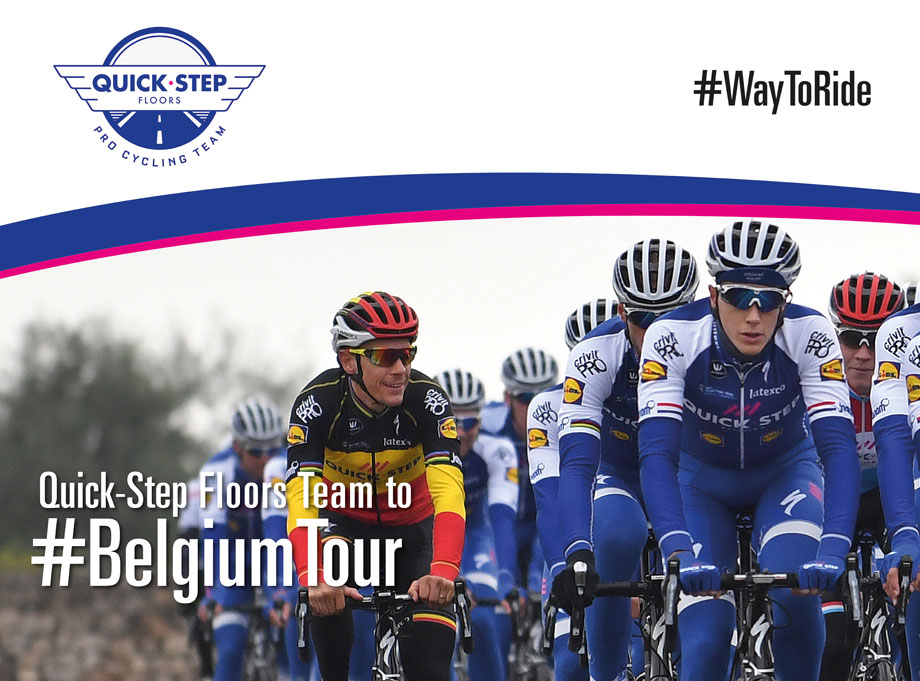