Our team returns to a race in which we took seven stage wins since 2004, in addition to three overall victories.

Leberg, Berendries, Ten Bosse and Muur van Geraardsbergen – it’s not the parcours of the Ronde Van Vlaanderen, but of the first stage of this year’s Driedaagse De Panne-Koksijde, which should have a big impact on the general classification. A total of 11 classified climbs, short but with average gradients ranging from 4% to 14%, will take the sting out of the riders’ legs and will see the overall victory contenders come to the fore in an attempt to apply pressure on their rivals and create some serious damage in the peloton.

The next two stages, finishing in Koksijde and De Panne, should have the sprinters’ names written all over them, while the last one will be a 14.2km individual time trial, a test of brute strength, with only a few technical sectors, suiting the powerful specialists of the discipline, who will get the chance to erase the deficit of the opening day and come back into contention for a strong result in the general classification.

Marcel Kittel, who’s responsible for five of the team’s 17 wins this season, will focus on the two stages which are expected to come down to a bunch sprint, and the 28-year-old German, who returns to racing following a two-week break he took after Paris-Nice, will be backed by a well-honed lead-out train at the Belgian race.

Jack Bauer, Tim Declercq, Davide Martinelli, Maximiliano Richeze and Fabio Sabatini are the riders who will support Kittel’s claim to a stage victory, while Dries Devenyns and Belgian Champion Philippe Gilbert – runner-up at Dwars door Vlaanderen and E3 Harelbeke after two very convincing displays – will give the team solid options in the GC department. 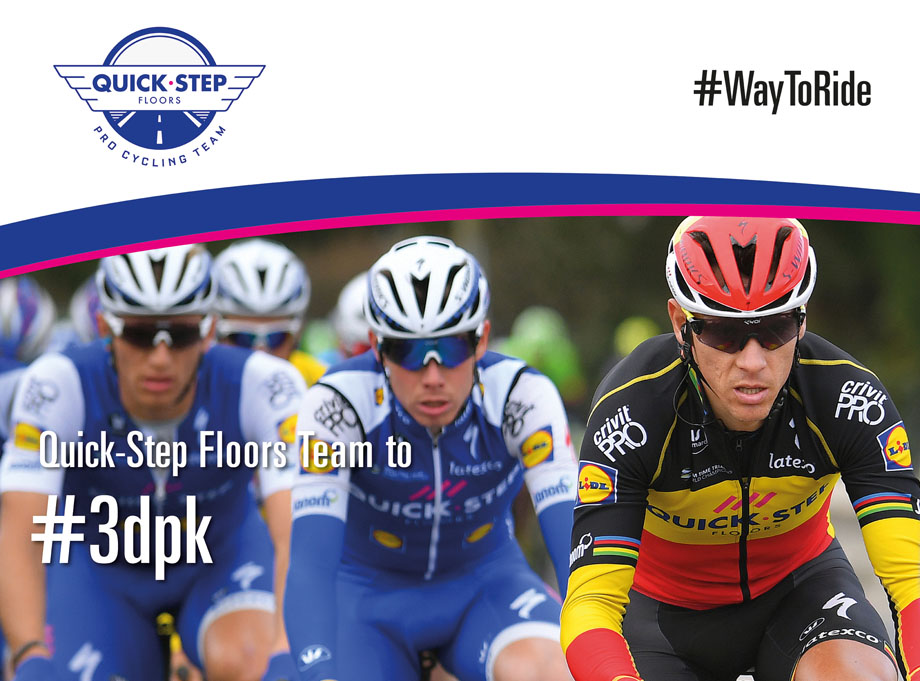