Created more than seven decades ago as a one-day race, Dwars door West-Vlaanderen became a stage race in 1999 and remained that way until this year, when it returns on the calendar as a 1.1 event, which will see the peloton set out from Nieuwpoort, ready to take on an undulating course that includes a local circuit in Ichtegem which will be covered four times in the second part of the day. Depending on the weather, Dwars door West-Vlaanderen could very well turn into a race of attrition, a preview of what’s to come later in the spring, at the Classics.

Iljo Keisse, third just a few days ago in a rainy, muddy and tough edition of Le Samyn, neo-pros Rémi Cavagna and Maximilian Schachmann – who both put in a solid ride in last Wednesday’s race, Laurens De Plus, Tim Declercq, Pieter Serry and Martin Velits will be the Quick-Step Floors riders to take on Sunday’s event, won by the team three teams in the past five years (2012, 2013 and 2015), when it was run as a stage race.

The team led from behind the wheel by sport director Geert Van Bondt will start the race with seven riders, after Dries Devenyns, who initially was on the squad for the 71st Dwars door West-Vlaanderen, is still recovering from a gastroenteritis which prevented him from training in the past few days. 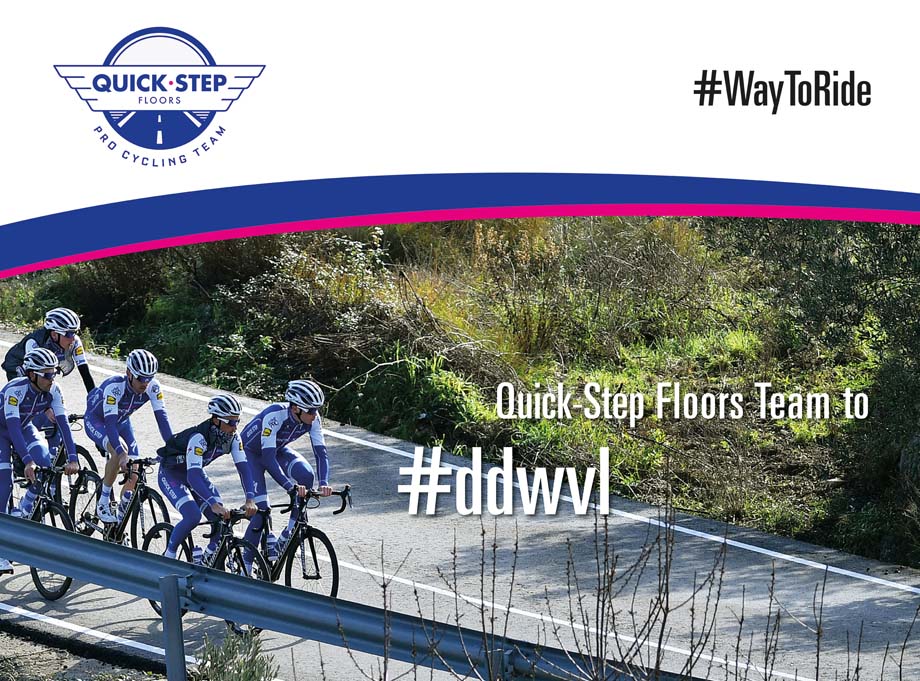