Between 5-12 March, our riders will race towards the sun, at the 75th edition of the French World Tour event.

Held annually since 1933, Paris-Nice is one of the most prestigious races of the calendar, one which many riders yearn to add to their palmares. Known as the “Race to the Sun”, Paris-Nice is also one of the events in which Quick-Step Floors tasted success on multiple occasions, winning 13 stages in addition to five auxiliary classifications.

This year, Paris-Nice will have a little bit of something for everyone: the sprinters will fight for victory in Bois-D’Arcy, Amilly and Chalon-sur-Saône, before the race will shift towards the climbers. A short individual time trial finishing on the tough ascent of Mount Brouilly (3.3 kilometers, 7.7% average gradient) will create the first gaps in the overall standings, while Bourg-de-Péage will see the fast men of the peloton cross swords for the final time.

A punchy ascent, averaging 9.8% over 1.3 kilometers, will await the riders in Fayence at the end of stage six, after five categorized climbs, with Col de la Couillole set to become one day later the highest ever finish of Paris-Nice (1678 meters). The race will conclude Sunday afternoon, in Nice, on Quai des États-Unis, but not before the riders will tackle five classified ascents, including the legendary Col d’Eze, a regular feature on the course for nearly five decades.

Marcel Kittel, who so far this season has racked up five victories, will be the team’s designated sprinter for the World Tour race, as he will look to nab his first victory there since 2013. Julian Alaphilippe, best young rider last year of another renowned French race, the Critérium du Dauphiné, will join the powerful German, after already being part of the Quick-Step Floors squad for the Dubai Tour and the Abu Dhabi Tour (where he conquered the white jersey).

Also making the team for Paris-Nice are Belgian Champion Philippe Gilbert, who is coming here after racing the Opening Week-end, Jack Bauer, Yves Lampaert and Fabio Sabatini, who are sure to add fire power on the flat, while David De La Cruz and Daniel Martin, a stage winner earlier this year at the Volta ao Algarve, will have their eyes on the mountain stages, which are set to shape the general classification in the second half of the week.

“I think we have a pretty balanced team for Paris-Nice. Obviously, Marcel – who showed a good form since the start of the season – is our card for the bunch sprints, but we also come with GC ambitions here”, said sport director Brian Holm. “Julian and Dan had some pretty good results lately, and having them and Philippe on the team means we are going to be competitive on all types of terrain.” 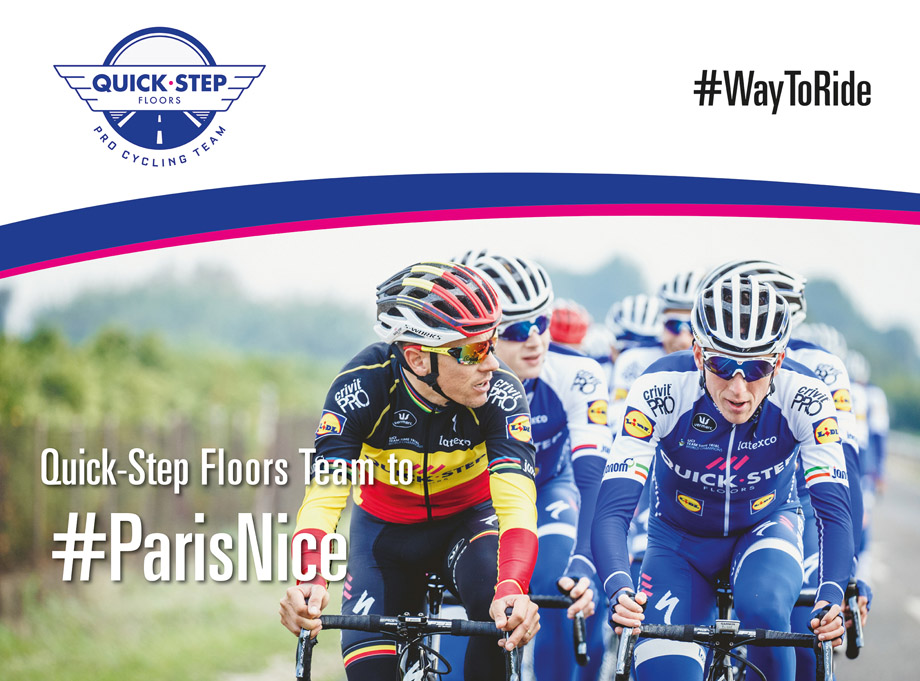 Lotto Soudal turns into Lotto Fix ALL for Paris-Nice!