The Suisse race, which saw our team win six stages in the past four years, will bring down the curtain over the month of April.

The 71st edition of the Tour de Romandie – the season’s 19th World Tour race – will be bookended by individual time trials, one in Aigle and another one in Lausanne, which should weigh heavily in the final outcome. Between these two stages against the clock, the attackers, sprinters and the climbers will all have their chances to shine, with the latter advantaged by the uphill finishes to Champéry (14.2 kilometers, 4.2%) and Leysin (5.4 kilometers, 6.5%), which returns on the course for the first time since 2011.

For Bob Jungels, this week’s race will be the final test before heading to the Giro d’Italia, where last year he conquered the white jersey en route to a splendid top six overall. Third in the individual time trial stage of Romandie last year, the Luxembourg Champion will look to fine-tune his form and get a morale-boosting result ahead of the season’s first Grand Tour, which is set to start on May 5.

A stage winner this season at Paris-Nice and Vuelta al Pais Vasco, both prestigious World Tour appointments, 27-year-old David De La Cruz will make his second appearance at the Suisse race and the Spaniard – one of the ten different Quick-Step Floors riders to notch a victory in 2017 – will be once again one of the riders to watch out for.

The team will be rounded out by Rémi Cavagna, Davide Martinelli, Maximiliano Richeze, Maximilian Schachmann, Martin Velits and Tim Declercq, who will replace Eros Capecchi. The Italian was forced to abandon last Sunday’s Liège–Bastogne–Liège due to pain in his left knee and is undergoing treatment at the time. As a result, his participation in the upcoming Giro d’Italia is now under doubt and a further decision on this will be made depending on his recovery in the following days. 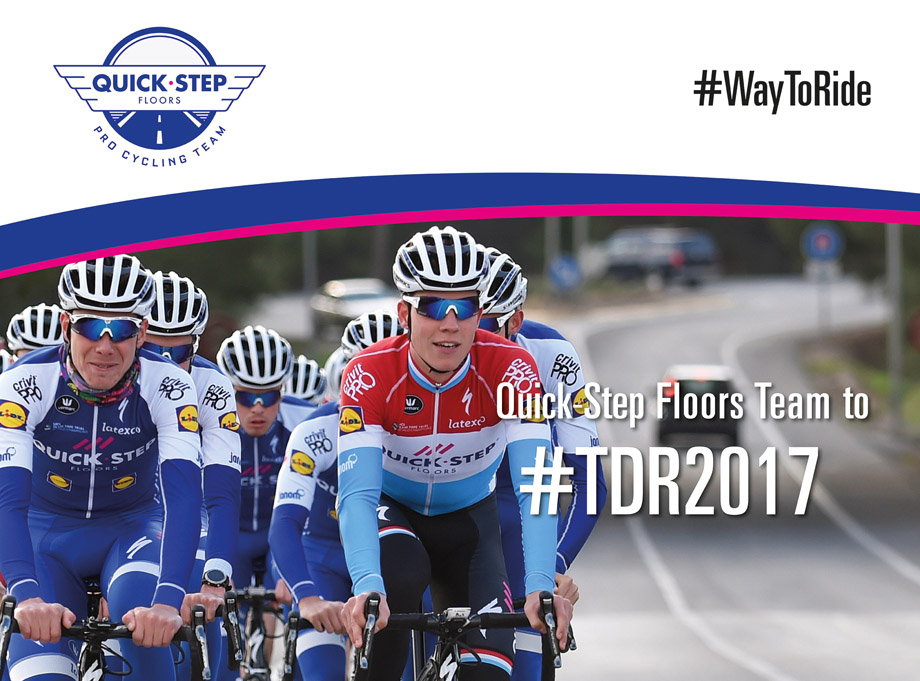